Earth-like planets could be formed from mud 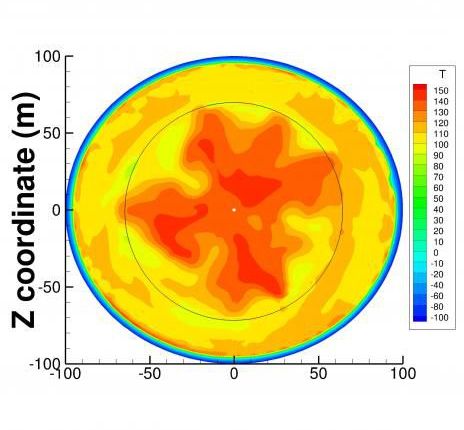 Scientists have long believed that planets – including Earth – were formed from rocky asteroids, but a new study challenges this situation.

This new work indicates that many of the original “building blocks” of the solar system could begin their life cycle not as stony asteroids, but as giant balls of warm mud.

Phil Bland, a planetologist from the University of Curtin, Australia, undertook this study in an attempt to gain a deeper understanding of the origin of small planets that are the forerunners of larger terrestrial planets.

“We hypothesized that hydrothermal changes have occurred in stony asteroids of some classes, whose substance is similar to that of meteorites,” said Bryan Travis, co-author of the paper and a fellow at the US Plat. Institute. – However, these bodies were probably formed when the fragments of volcanic rocks and fine dust merged with the formation of highly porous aggregates, the pores of which filled mainly ice. Mud, apparently, was formed when the ice melted under the action of the heat released during the decay of radioactive isotopes, and the water formed as a result of melting mixed with fine dust. ”

Travis used his model called Mars and Asteroids Global Hydrology Numerical Model (MAGHNUM) to perform the calculations, and modeling results showed that basically the first asteroids that could deliver water and organic material to Earth were originally not monolithic stones, but giant ones Balls, inside of which there was a movement of convective flows of dirt.