Earth through the eyes of astronauts and satellites 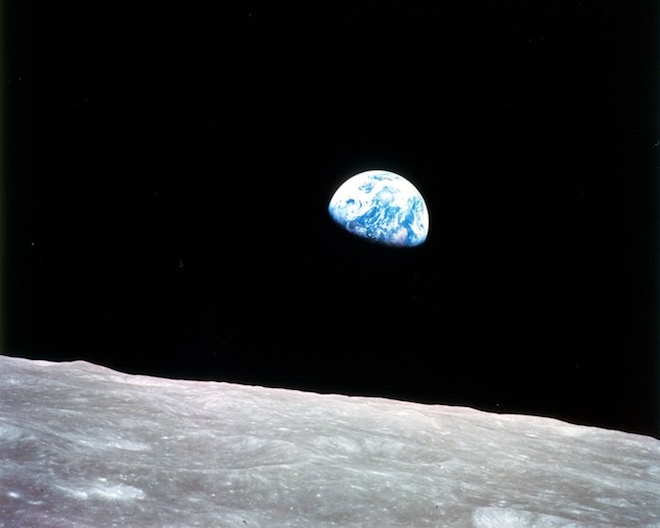 In the 1960s, photographs of the Earth, made by the first astronauts, captivated the imagination of people around the world. These cadres not only help in scientific research, but also show the fragility of our planet. However, the cosmonauts were not the only ones who saw the Earth from such a height.

Satellites flying over our heads at an altitude of several hundred kilometers constantly receive images of our planet and provide a wealth of data on the environment. They captured the Earth from space long before the astronauts.

“We are making many photos to share our experience of being in space and to show our planet from a unique angle, but our main goal is to experiment and support the work of the space station,” says ESA astronaut Paolo Nespoli, who is currently on the ISS.

“Although the photos we make are of scientific value, they are mainly used for information or educational purposes. Satellite instruments have more capabilities than station equipment. Therefore, satellites can conduct constant observations, providing accurate historical data. ”

Satellite images show the world in a rather wide format, allowing to observe large-scale characteristics. In addition, the satellites monitor changes that occur with our planet. 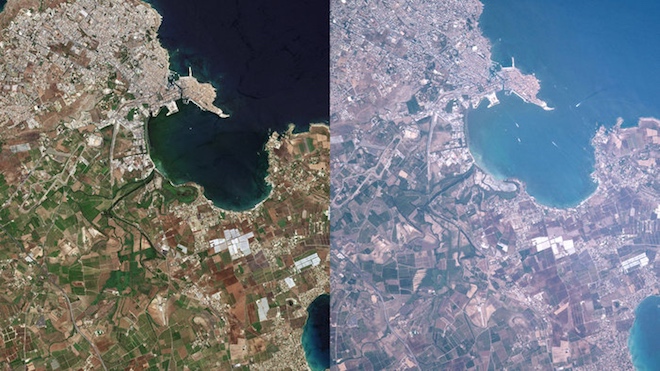 Syracuse, Italy. To the left is a photo from the Copernicus Sentinel satellite, to the right – a photo of Paolo Nespoli with the ISS. © NASA, ESA

Satellites have different types of sensors that provide different types of data. These data are converted into information for various purposes, such as monitoring air pollution, mapping deforestation, measuring sea level, quantifying glacial melting or the temperature of the Earth.

Although the optical coating is most often represented in the form of images, it actually includes digital data. The same source data can be processed using computer software in various ways to obtain specific information.

During a disaster such as a hurricane, photographs taken by astronauts above the eye of the storm are important communication tools that tell the extent of the storm. They bring the human dimension to remote sensing.

Hurricane Harvey. Left – photo from the ISS, right – from the satellite. © NASA, ESA

A lot of meteorological satellites help meteorologists better understand the storm and trace its way so that local authorities can plan their actions and solve the issue with evacuation. Other satellites provide important information for disaster relief. For example, you can get flood maps.

Today, thousands of Earth images taken by astronauts are available on the Internet and widely distributed through social networking channels.

Being a photographer is not a prerequisite for becoming an astronaut, but this is part of the special training. The ISS crew devotes part of their free time to shooting from the “Dome” – a panoramic observatory with a view of the Earth and celestial bodies. 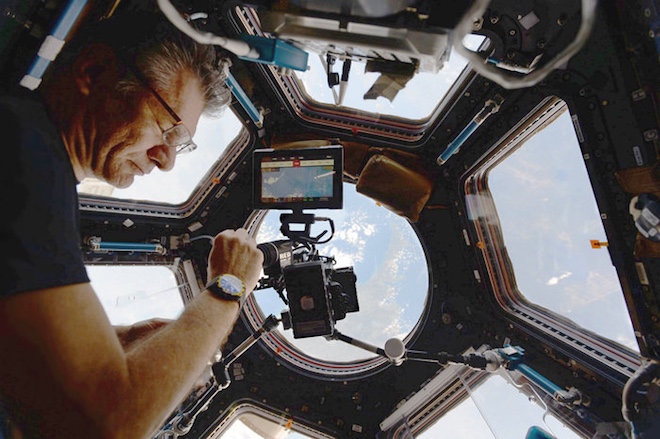 “I like to take pictures, but it’s equally exciting to see the planet’s ecological balance, how we use the resources on Earth, and the impact that we have on it,” Paolo says.

Both cosmonauts and satellites see the fragility of our planet. A look at the Earth from such a perspective emphasizes the importance of caring for our “blue point” floating in infinity.