Einstein was right: the stars can distort the light 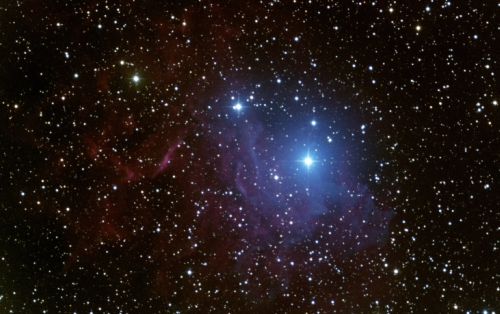 In a new study published in the journal Science, scientists have achieved a rare event – proving that Albert Einstein was right and wrong at the same time. The scientists were able to confirm one of the theories of Einstein, but he was not even sure himself that it could be observed.

The subject of the study was the effect of the so-called gravitational microlensing. His idea is that supermassive objects, such as stars, can distort the light passing near them. The gravity of the object actually works as a kind of lens, deforming the direction of the main beam. Einstein predicted this in his general theory of relativity, but he also noticed that the effect required a very precise coincidence of a specific set of parameters, so he believed that we would never be able to observe it directly.

But Einstein’s pessimism about this was dispelled because our technologies are more perfect than they were in his time, and today the effect of microlensing can be fully detected.

Researchers using NASA’s Hubble Space Telescope observed a star, the so-called white dwarf, the remnant of a star’s nucleus approaching the end of its life, which was to pass before another distant star. When this happened, the white dwarf seemed to have shot down another star from its path. Although this actually was not. The gravity of the white dwarf just twisted the light of the background star.

Apart from the fact that it was just very cool, the new method also allowed astronomers to measure the mass of the star due to curvature. The intensity of the deviation of the light beam can help scientists to determine the mass and force of attraction of the object. In the course of the study, astronomers managed to calculate the mass of the white dwarf on the basis of the effect of gravitational microlensing, which they had previously been unable to observe.