Enthusiasts started potato and meat pie in the atmosphere 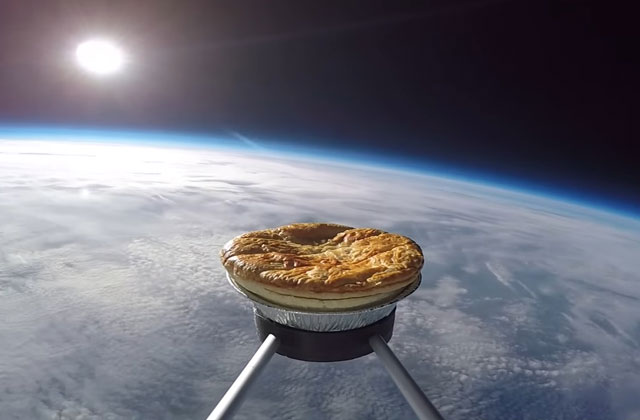 The group of enthusiasts from Sheffield, England, in the run-up to the world championship on eating of pies started on a meteorological balloon in a stratosphere pie with potatoes and meat stuffing.

According to authors of a roller, they wanted to find out whether “the molecular structure of pie” after rise on height of 30 kilometers above the ground will change.

“It is the first step on the way to that the mankind began with great comfort and elegance there are pies” — one of authors of the project Bill Kenyon declared. It is noted that it is the first-ever pie which was started so highly.