The territory shown is interesting in that it represents a clear boundary between the two different hemispheres of Mars. Most of the Northern Hemisphere and about a third of the entire surface of the planet lies three to six kilometers lower than the remaining two thirds. This phenomenon is called the dichotomy of the hemispheres.

The northern low-lying areas have a small number of craters, they are flat and smooth, which indirectly indicates a long-term renewal of the surface. At the same time, the southern hemisphere was dug with craters, which could appear as a result of the last meteorite bombardment and volcanic activity. The area of ​​Nili Fossae is located just on the border of these two areas and represents a cluster of grabens – sections of the crust lowered relative to the surrounding plane along steep tectonic faults. 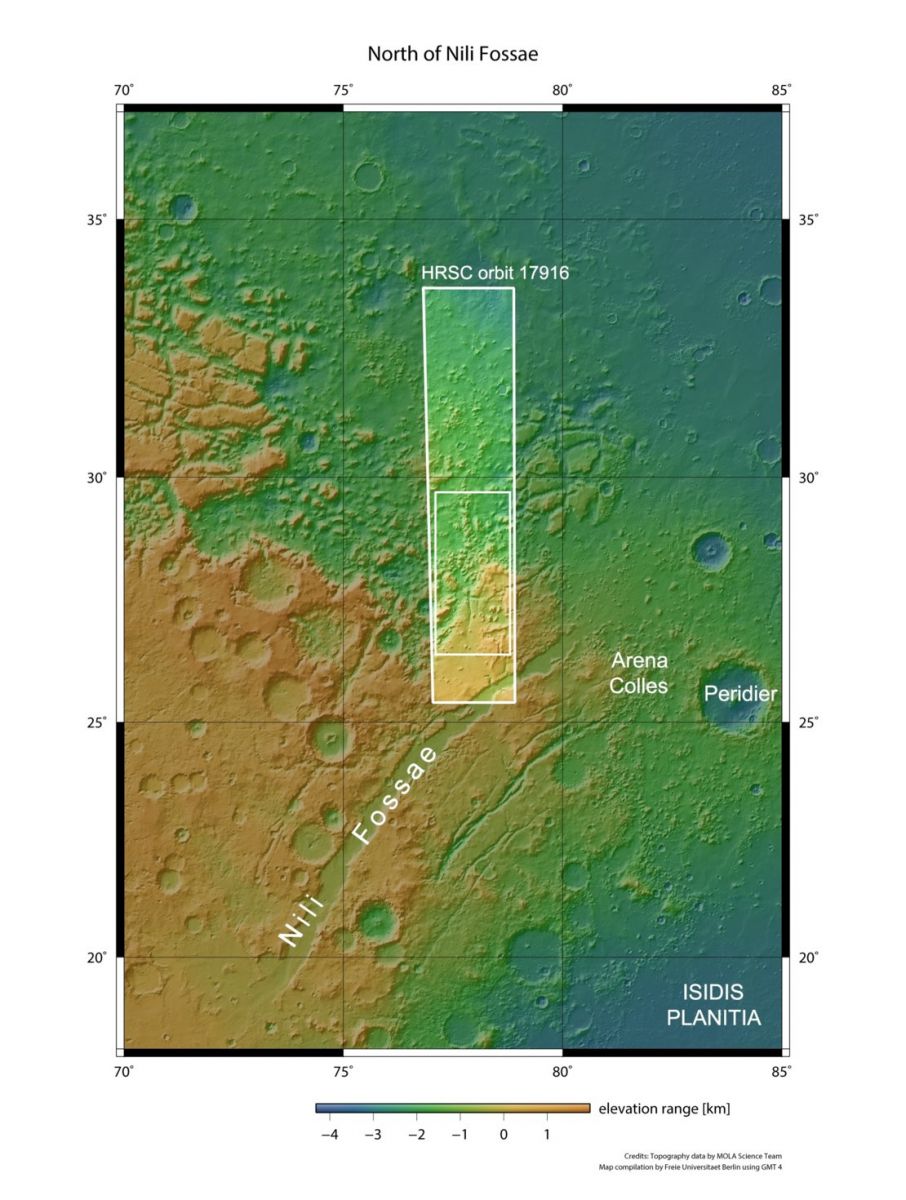 A large photo clearly shows the difference, showing that the lower (southern) part is a rocky plateau, and the upper (northern) part consists of small hills and stones. These areas are separated by erosion channels.

Displaying elevation differences on the border (north – right side) / © ESA

ESA experts believe that the border is the result of the movement of rocks hundreds of millions of years ago under the influence of water flows. This assumption is confirmed by the data of the spectrometer “Mars Express”, which noticed the clay deposits in this region. However, not only water influenced the relief, but also winds. As evidence, the ESA staff point to the dark spots of the photograph – clusters of volcanic ash, which only the wind could bring here.

On November 26, the InSight spacecraft, which is designed to study the internal features of the Red Planet, will land on Mars. NASA has prepared five communication channels to track the descent module. You can read about how the landing is planned.