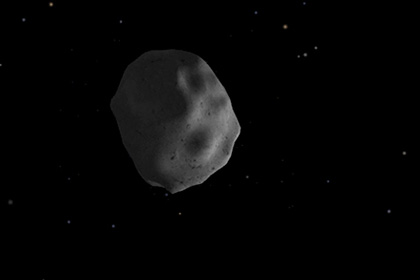 The mankind has only two effective methods allowing to avoid collision with an asteroid. Scientists from NASA and the Los Alamos national laboratory at a press conference of American Geophysical Union told about it, reports the Gizmodo edition. According to experts, the space body menacing to Earth can be pushed off from a trajectory or to blow up.

By means of computer modeling researchers managed to find out that other object which will face it, for example the spacecraft accelerated to high speeds can reject an asteroid. However if the space body is too big, then it is necessary to use nuclear warheads. Emitted in case of explosion there will be enough energy to split or completely to destroy an asteroid.

Currently there are no approved missions which would provide creation of the spacecraft with nuclear weapon onboard though specialists continue to develop approaches on prevention of collision. So, engineers work on the project of the Hypervelocity Asteroid Intercept Vehicle spaceship. It represents an atomic bomb which in case of explosion pushes away an asteroid. For this purpose it is necessary to know how many nuclear charges will be required for successful goal achievement.