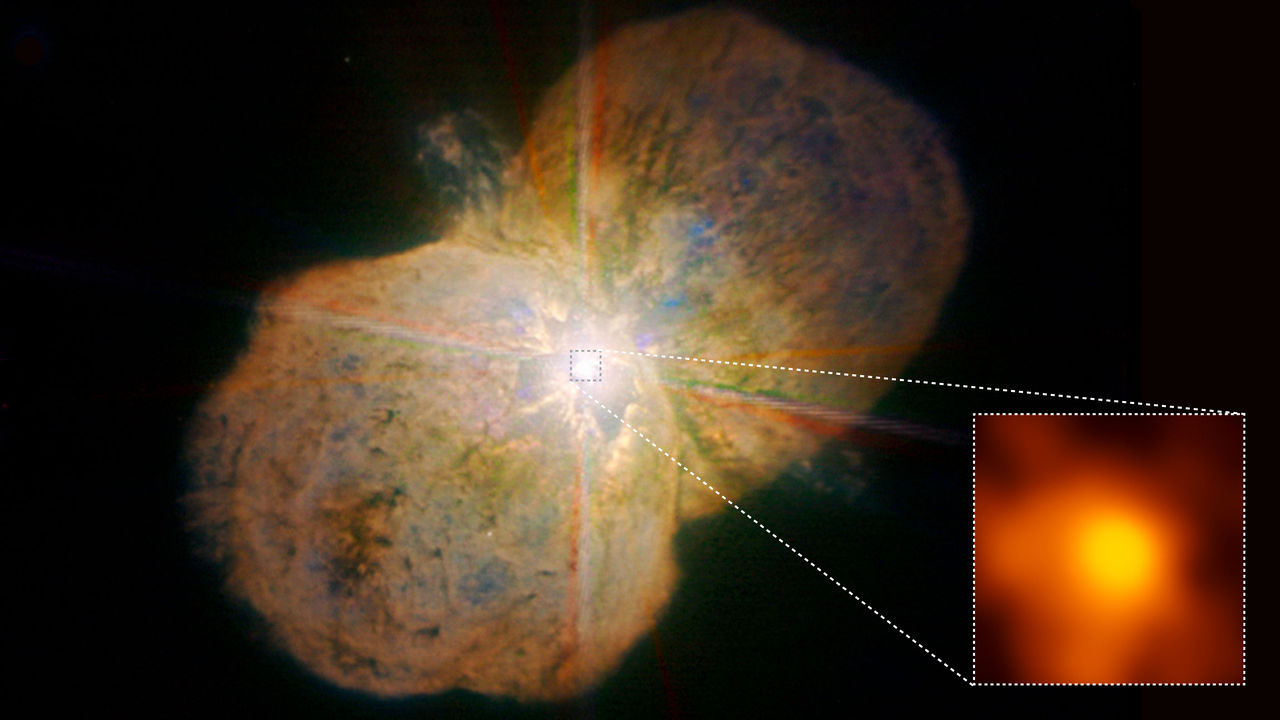 Using the latest equipment, astronomers were able to see the heart of a distant steam star system and find out what enormous explosions occur where the face of the stellar winds emitted by stars-giants.

For the first time, astronomers were able to look into the heart of the star system in the milky way, which by all indications is a true hell. Meet: ETA Carinae, a pair of star-giants that shines 5 million times brighter than the Sun. Part of a powerful light flux escapes in the form of stellar wind, which is light “blow” in a violent dance.

At the point between the two stars to meet each other face flows with a speed of 12 million km/h and heats the gas to tens of millions of degrees, so that it begins to emit bright light. This substance, known as the Homunculus nebula, and attracts the attention of astronomers at the present time.

A team of scientists have combined three of the four 8-metre telescopes of the Very Large Telescope of the European southern Observatory in the optical device called the “interferometer”. In the end, they were able to obtain an image with a resolution greater than can afford even the largest telescope.

Reportedly, they were able to discern the features of collision of two streams of incandescent gas, and particularly a radial structure, as a more subtle “wind” cuts into the dense flow of particles from other stars. Using the interferometer, they could also precisely measure the velocity of the stellar winds.

In the future it will help astronomers to simulate an example of a fading star systems and how they generate such powerful “space fireworks”.