Europe is exploring a huge microphone 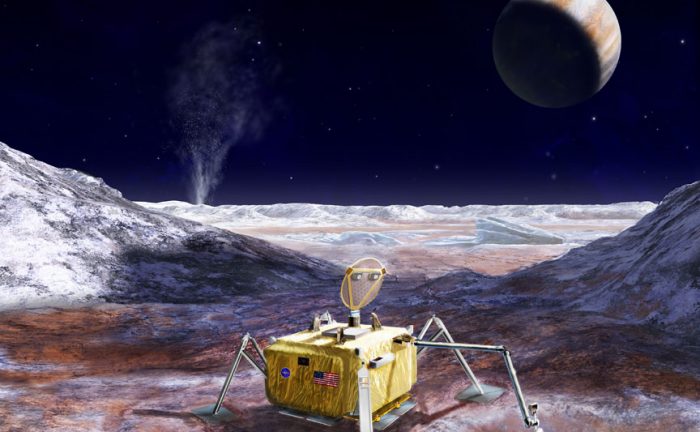 The descent device, designed to study the natural satellite of Jupiter – Europe – can be equipped with a microphone that can help determine what is under the ice.

In the next decade, scientists are going to send a spacecraft with a descending probe to the satellite Europe, which is the smallest of the four Galilean satellites of Jupiter.

In preparation for this historic mission, researchers from the University of Arizona are going to build a giant seismometer in order to listen to the interior of Europe. The depths of Europe can tell a lot of interesting things about this fantastic satellite.

The ice surface of Europe is the smoothest in the entire Solar System. Inside the satellite there is an iron core. A mission to Europe will be able to confirm or deny the existence of a subsurface liquid ocean. This important task will be entrusted to a seismometer called Seismometers for Exploring the Subsurface of Europa (SESE). Refuting or confirming the existence of an ocean of liquid water in Europe, this scientific tool will help researchers in determining the potential of this ocean for any forms of life.