Exit “Voyager-2” in interstellar medium is expected in December 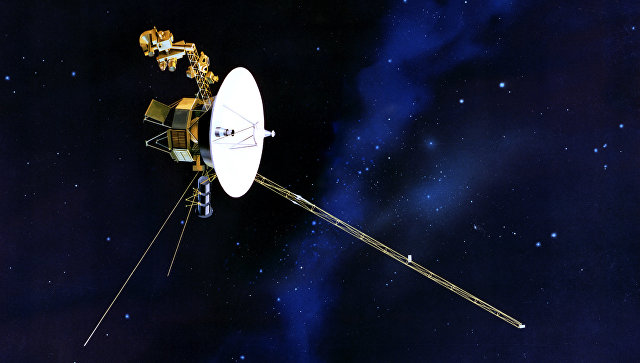 Exit to the interstellar medium of the American automatic interplanetary station with a message to aliens “Voyager-2”, exploring the solar system, is expected in December, said the main researcher of the Institute for Problems in Mechanics of the Russian Academy of Sciences Vladimir Baranov.

Previously, the Goddard Space Center (USA) published graphs of cosmic particles encountered during the Voyager-2 flight. According to the schedule for November 8, the fixation of high-energy cosmic particles has sharply increased, while low-energy particles coming from the Sun have decreased to a minimum.

Voyager 2 is still inside the solar wind – in the solar system, it has not yet entered the interstellar medium. His equipment must confirm the data obtained earlier by Voyager-1, which has already entered the interstellar space. Voyager 2 will leave the solar system approximately in December. If this does not happen, then the existing mathematical model will have to be corrected, “said Baranov.

Voyager 1 was launched on September 5, 1977, Voyager 2 on August 20 of the same year. Each device has a message to extraterrestrial civilizations – the “Golden Plate” – a copper surface, on which 115 slides are presented with photos of life on Earth, recording sounds of nature, music and greetings in 55 languages. It also marked the location of the solar system.