ExoMars-2016 is preparing to landing on Mars 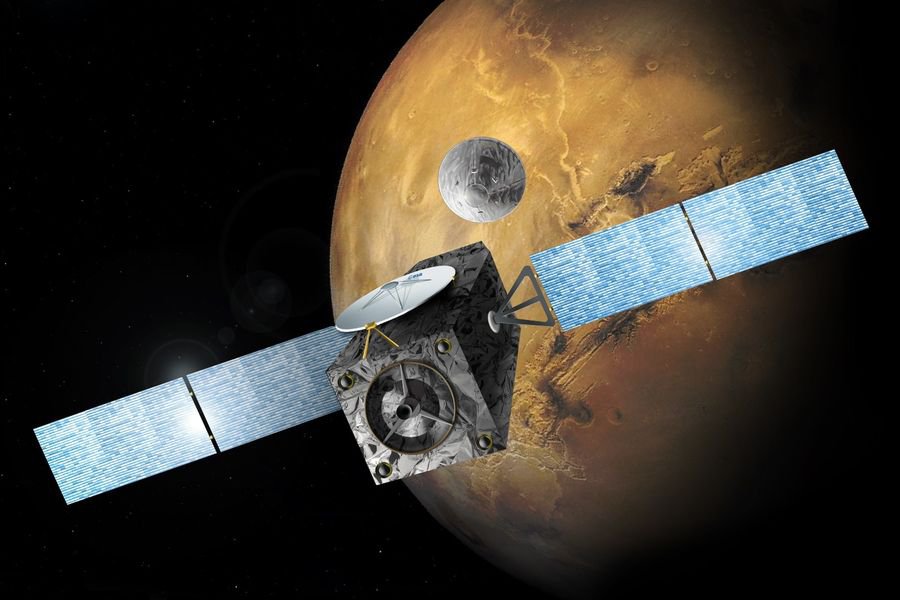 Modules of the project ExoMars in 2016 successfully separated before landing on the red planet, according to Roscosmos. Schiaparelli demonstration module separated from the orbital module of the Trace Gas Orbiter and started moving on the trajectory, which should lead to landing on the Red planet.

The Orbiter, TGO October 17, will perform a maneuver transition to hyperbolic with respect to Mars’s orbit on 19 October will start the braking maneuver to enter the orbit of Mars. The TGO will begin its scientific mission in late 2017, after a year of complex maneuvers.

Landing the landing module is planned on 19 October. Schiaparelli test a number of technologies that provide a controlled descent and landing on Mars in preparation for future missions. The module will enter the atmosphere at an altitude of about 122,5 km, at a speed of nearly 21,000 km/h at about 17:42 GMT. It will gradually decrease, and at an altitude of 11 km at a speed of 1650 km/h needs to open up the parachute. At the height of kilometer earn brake motors that should slow down and disconnect.

The module will begin transmitting a signal from the surface of Mars at approximately 17:48 GMT 19 Oct.

The signal from the lander will receive and record the Martian probe Mars Express (ESA, during landing), Mars Reconnaissance Orbiter (NASA, a few minutes after landing) and TGO (during landing).

Reception and retransmission of the signal will provide the TGO (prior to withdrawal from the zone of reception), and Mars Express.