“ExoMars” command that is sent to landing of the descent module 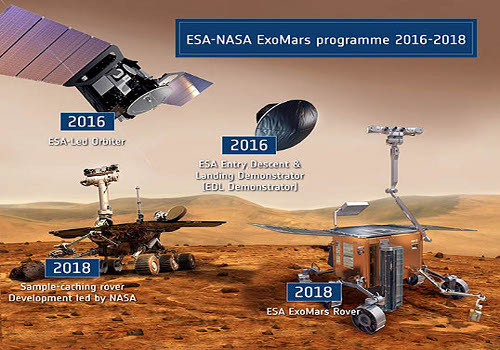 For the present day nomad: the first European interplanetary research station “ExoMars” should orbit the neighbor of the Earth in the Solar system.

Before landing on the planet the station is divided into the landing and orbital modules. 13 years after his first, unsuccessful attempts to land a Rover on Mars, Europe this Sunday will reach an important stage of the new project, which aims to search the surface of the red planet for traces of life, this time with Russia.

Ground controllers of the mission send spacecraft, at a distance of about 175 million kilometers from Earth, the team to land on the surface of Mars the lander-sized children’s pool.

The main goal of this descent device with a short lifespan, which should arrive to Mars in the coming Wednesday, 19 October, is to develop planting, to facilitate similar transactions during landing Rover, which will drill Martian rock in search of traces of extraterrestrial life.

Called “Schiaparelli” (Schiaparelli), this 600-pound lander will separate from the parent space ship, called the Trace Gas Orbiter (TGO), after the space of 496 million kilometers.

This lander and the orbital module TGO – which will enter the orbit of Mars to search for in the atmosphere of gases that are given a hypothetical living organisms – constitute the first phase of the joint European-Russian project “Eczemas”.

The second phase of the mission, in which it will be sent to Mars Rover ExoMars, which is scheduled for 2020.

Since the 1960s, more than half of American, Russian and European attempts to land on Mars probe and implement then using commands transmitted from Earth, failed.