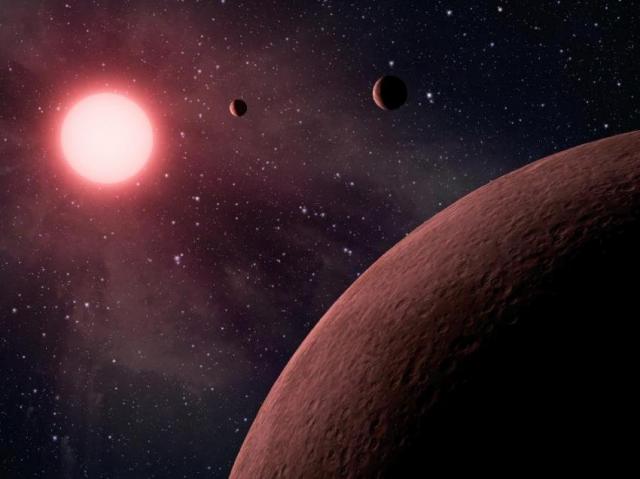 An international group of scientists discovered traces of a large number of metals in one of the most “inflated” exoplanets. The object of the study was the gas giant WASP-127b.

The radius of this planet is 1.4 times the radius of Jupiter, but its mass is only 20% of the Jovian mass. Similar exoplanets have no analogues in our solar system. Moreover, such objects are extremely rare in other systems.

WASP-127b makes one revolution in 4 days, and the surface temperature of the planet reaches 1127 degrees Celsius.

Observations of WASP-127b revealed the presence of a high concentration of alkali metals in its atmosphere. Scientists first discovered a simultaneous content of sodium, potassium and lithium.

Absorptive abilities of sodium and potassium indicate that the atmosphere of this planet is relatively “pure”. According to the model presented by the researchers, “cloudiness” on the planet is almost 50%.

The parent star WASP-127, just like the planet WASP-127b, is rich in lithium. It refers either to AVG stars, whose typical representative is a bright red giant whose luminosity is thousands of times higher than that of the Sun, or to supernovae.

The researchers also found possible hints of the existence of water on the planet WASP-127b. Additional observations in the infrared range will be required to verify this.