Exoplanet makes a pulsing heart is its sun 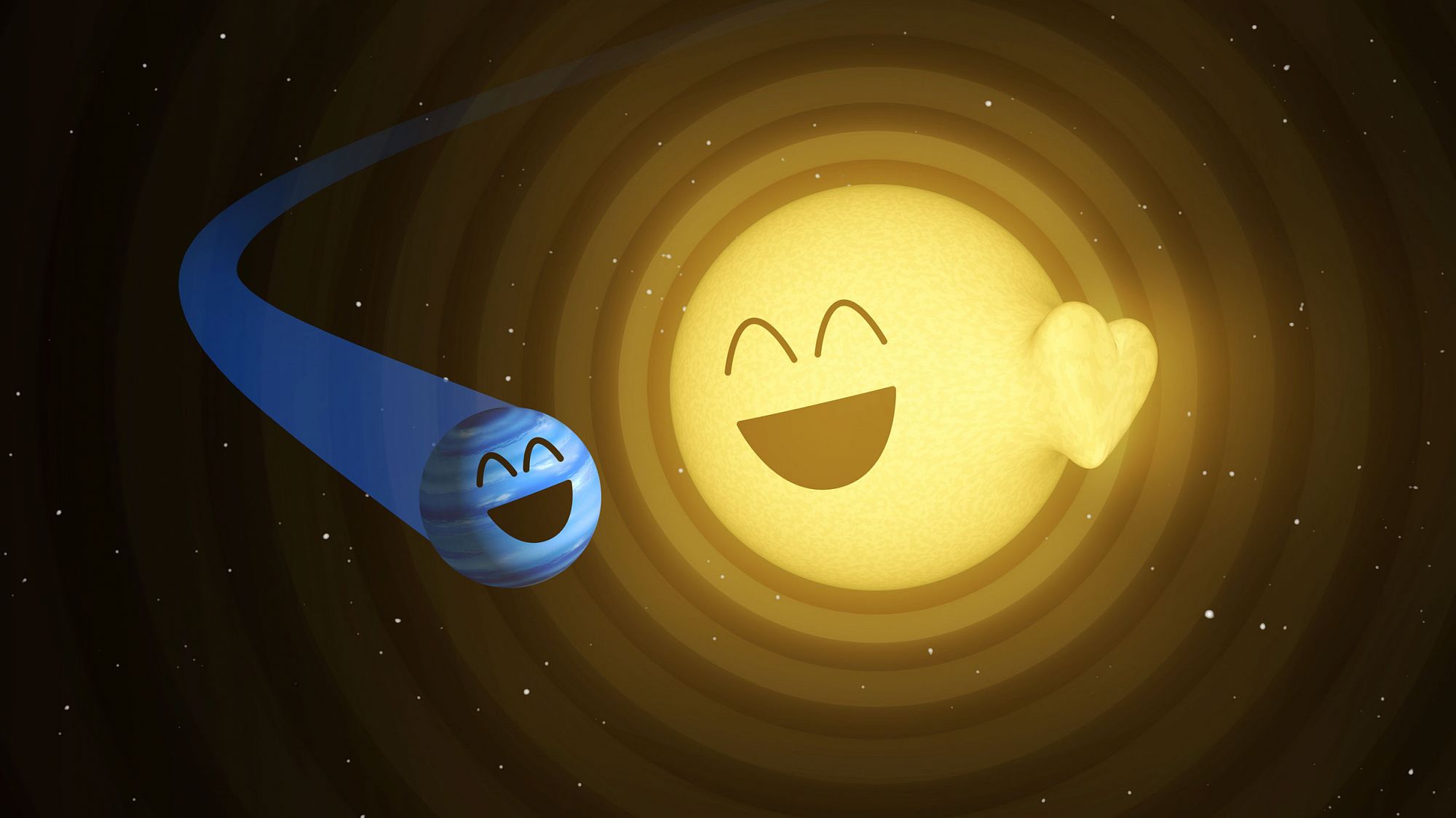 Spacecraft “Spitzer” became the witness of a very unusual relationship of the star with its planet: how poetic to describe your observations in astrophysics from the University of California, the planet HAT-P-2b “pumping heart” of its sun.

Far, over 370 light years from Earth in the constellation of Hercules around the star rotates rather large planet HAT-P-2b: its mass is about 8 times the mass of the largest planet of the Solar system — Jupiter. However, relative to its star, this planet is much bigger than Jupiter relative to the Sun: the mass of HAT-P-2b is less than the mass of its lights only 100 times, while the Sun heavier than Jupiter 1000 times.

Such a small difference in mass and very close to the star, the orbit allows the planet HAT-P-2b to “rock” your sun, and the result of this rocking is noticeable even from the Ground. Most of his years planet spends relatively far from the star, but every 5,6 earth day is coming as close as possible. During these encounters, the planet gets 10 times more radiation than when it dwells in the most distant from the star points of the orbit. In addition, during these “dates” get closer and interact with the gravitational fields of both celestial bodies. These oscillations was seen by scientists in California.

The relative sizes of HAT-P-2b and Jupiter

Telescope “Spitzer” observed the star and its planet for 350 hours. Thanks to a good relative position of the Earth and of HAT-P-2b astronomers were able to observe the passage of a planet over the disk of its star and to explain the pulsation of the lights by the rotation of HAT-P-2b (previously, such pulsations were observed only in the systems of double stars, but not stars and planets). However, according to scientists at the known masses of the planets and stars oscillations should be much weaker. Perhaps the mysterious “heartbeat” of a star is explained not only by the influence of HAT-P-2b, but also other factors. What remains a mystery.