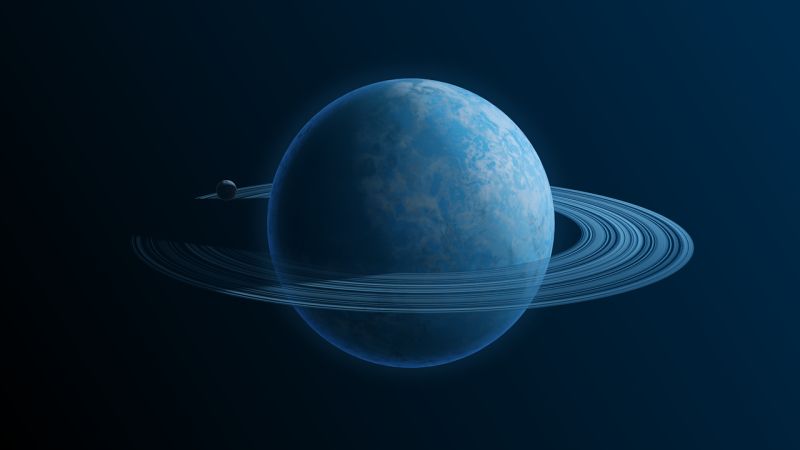 How many copies are broken on the topic of extraterrestrial life. They searched hard for her, did not find, searched again, confused with something else. At the moment, the most promising direction of searching for extraterrestrial life, even if unreasonable, is the exoplanets. About them is known simultaneously and a lot, since new discoveries are made almost every week, and a little. That reason is the colossal remoteness of all exoplanets from the Earth, which does not allow them to fly to them or to view their surface closer. As it turned out, this is not the only problem related to the search for exoplanetary life.

Due to the fact that we can not look closely at distant planets, we have to determine the presence or absence of life on special biomarkers in the atmosphere. I immediately warn you: we have not yet found reliable certificates of exoplanetary life.

Biomarkers in the cosmic sense can serve as traces of the vital activity of organisms – for example, oxygen or methane. If we find these substances in the atmosphere of the planet, then we can assume that there live plants or animals that are similar to terrestrial ones.

For our planet, if it is observed by distant extraterrestrial astronomers, ozone can serve as a biomarker, since it is not only formed from O2, but also reliably protects the inhabitants of the Earth from dangerous radiation.

As reported in the Monthly Notices of the Royal Astronomical Society, the movements of air currents in the atmospheres of exoplanets can mask biomarkers from terrestrial observers.

A team of scientists led by Lyudmila Karone from the Max Planck Institute for Astronomy decided to test how the distribution of gases in the atmospheres of some extrasolar planets known to us. For verification, they selected the nearest exoplanet from Proxima Centauri star and potentially inhabited TRAPPIST-1d.

Both planets are similar: they are relatively small and are located close to the mother star, because of which the tidal grip acts on them, and they are always turned towards the light by one side. Also on such planets there is a terminator, and it’s not about a robot-killer from the future, but about a stable border of day and night. And this terminator has quite a strong effect on the movement of atmospheric gases.

Carone and the team applied the modeling method to the planets and saw that the so-called standing waves of Rosbi – the bends of high-altitude atmospheric currents – would be formed in the tropic region. This is also observed on Earth, and thanks to this, air from the tropics is distributed to other belts. However, on the planets with tidal capture, the situation is reversed – there ozone (a possible biomarker) will be concentrated in the tropics or will be hidden altogether.

In addition to the fact that the conclusions are valid only for planets with a rotation period of up to 25 days, Lyudmila Karone herself explains that the absence of ozone in future observations should not mean that there is absolutely no oxygen on the planet. It can be concentrated in other places, not like on Earth, or simply well hidden.