Exoplanets were first discovered outside of our galaxy 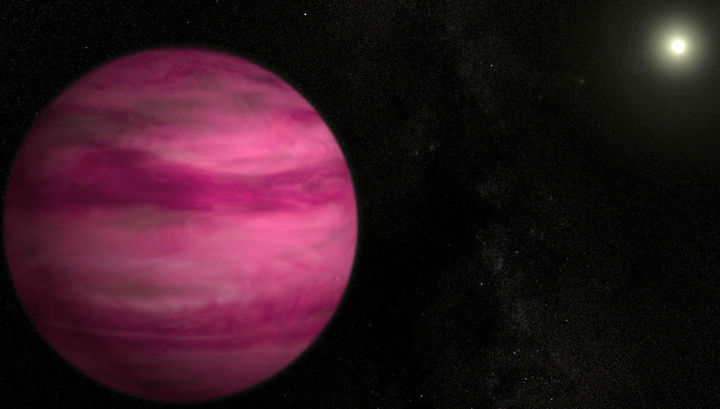 For the first time in the history of astronomy, scientists have observed planets “living” outside the Milky Way. The discovery is reported by a scientific article that Xinyu Dai and Eduardo Guerras of the University of Oklahoma published in The Astrophysical Journal Letters.

Scientists were interested in the unusual behavior of the elliptical galaxy RXJ 1131-1231. It is a gravitational lens for four distant quasars that illuminate it. However, one of the spectral lines of iron in the x-ray emission of these quasars, adopted by the orbiting observatory Chandra, showed strange shifts in energy.

The researchers suggested that this phenomenon is caused by the gravitation of some objects located in the lens galaxy. Having calculated on a supercomputer, they came to the conclusion that only planets can provide such a picture.

The authors estimated the total mass of these worlds. There were incredibly many of them: in the galaxy, for one star of the main sequence, there must be two thousand objects with masses lying in the range from the mass of the moon to the mass of Jupiter.

“We are very pleased with this discovery, for the first time someone discovered planets outside our galaxy,” Dai admits. 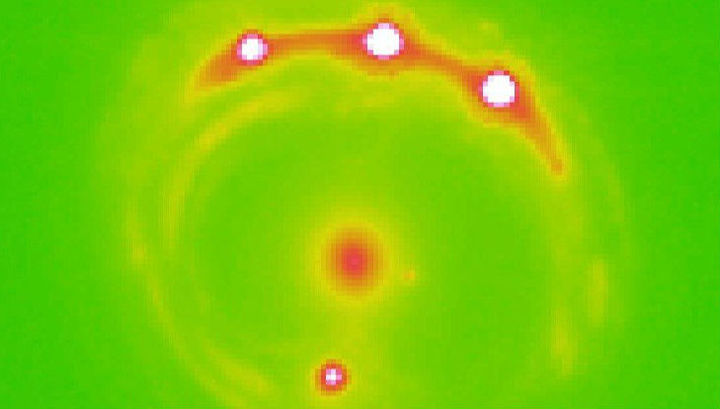 Note that the method of gravitational lensing is the only one of many ways that allows to open exoplanets, observing them at such a respectful distance already at the existing level of technology. True, it was previously used to detect other worlds exclusively in our galaxy. Now for the first time with his help it was possible to open the “signatures” of exoplanets outside the Milky Way.

“This galaxy is located at a distance of 3.8 billion light years from us, and there is not the slightest chance of seeing these planets directly, even with the best telescope imaginable in the science fiction scenario,” explains Gerras. In the same study, it was possible not only to confirm the existence of planets, but also to estimate their mass.