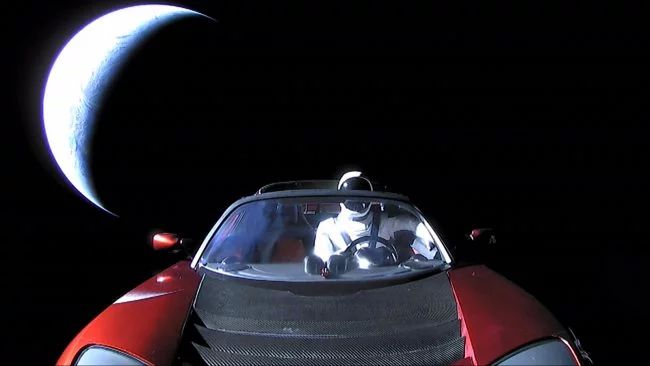 Experts came to the conclusion that the vehicle launched by SpaceX Tesla Roadster will not be able to reach the asteroid belt. Recall, this scenario was assumed by Ilon Mask himself.

The launch of the Falcon Heavy superheavy rocket has become one of the most noteworthy events of the space industry in recent years. Not least the attention of the general public was attracted by the spectacular stunt of SpaceX Company, which put into orbit a personal car Mask – red Tesla Roadster. For his destiny, the world media are watching with even greater interest than behind the commercial contracts concluded by SpaceX.

At different times predicted different scenarios for the car. It was assumed that the car would get to the orbit of Mars and remain there, however, as it turned out, as a result of the change in the trajectory, the Tesla Roadster “flew” past the Red Planet. Mask himself later stated that the car was moving to the asteroid belt – that is, to the solar system, which is located between the orbits of Mars and Jupiter. There a large number of objects of various sizes accumulated there. Most of them have an irregular shape and belong to the number of asteroids and small planets.

But, as it became known now, the new forecast of the car’s flight also turned out to be wrong. This was stated by several experts. Observations of the Tesla Roadster using a robotic 50-centimeter telescope in Australia made it possible to find out that the apogee of the car’s orbit will be much closer – at a distance of 1.7 a. In other words, the car will be on a heliocentric orbit, not reaching the asteroid belt. Upon reaching the apogee “Tesla” will start moving back to the Sun, Mars and Earth. 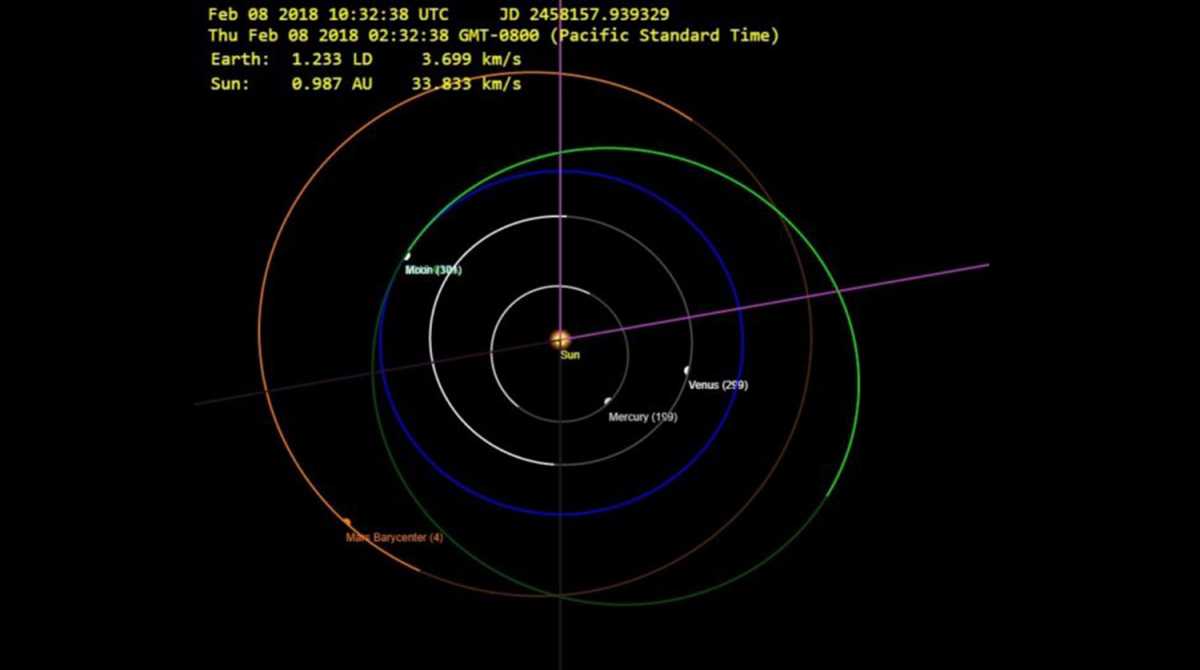 The green color is the flight trajectory of Tesla, the blue is the orbit of the Earth, the orange one is of Mars / © gazeta

Despite this, the first test launch of Falcon Heavy can be considered successful. The company SpaceX managed to put the cargo into orbit and put two reusable steps out of three. The central accelerator rocket Falcon Heavy could not land on a floating platform in the Atlantic Ocean. He fell into the water at a speed of more than 480 km / h.

Falcon Heavy is not only the most powerful rocket of SpaceX, but also the most powerful carrier rocket from all existing now. Many experts also view it as an important step towards an even more ambitious project – the Big Falcon Rocket complex, which includes the world’s most powerful rocket carrier and the world’s largest spacecraft. This system is being used for both Mars research and for a number of other important missions. Begin to build Big Falcon Rocket planned this year.