Explained the unexpected benefits of falling asteroids on Earth 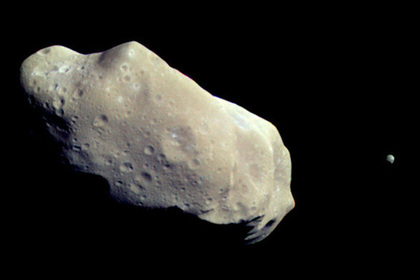 The fall of the asteroids on Earth during the formation of the planet caused the current appearance of the planet, the crust and continents. This conclusion was made by an international group of scientists from South Africa, Canada and Finland. Article scientists published in the journal Nature Communication.

A few billion years ago, in katharheas, the Earth was subjected to intense bombardment by comets and asteroids, which caused the appearance of large areas of molten basalt rocks. The thickness of such melts could reach tens of kilometers, and the diameter – thousands of kilometers. One of these sites is the Sudbury Magmatic Complex in Canada, which was formed about 1.85 billion years ago. When an asteroid hit, a layer of melt with a thickness of five kilometers, heated to 1.7-2 thousand degrees Celsius, appeared. At present, the complex is composed of layers of such igneous rocks as gabbro, norite, diorite, and granofir. It is believed that the layers arose as a result of magmatic differentiation, in which rocks of different chemical composition are formed from magma. However, so far this hypothesis has not been confirmed.

According to alternative hypotheses, magmatic melt differentiation in Sudbury is impossible. The impact of the asteroid in this case does not contribute to good mixing (homogenization) of molten rocks, and differentiation occurs even before the onset of crystallization, just as immiscible liquids are separated. According to scientists, if this is true, then we will have to admit that the formation of craters on rocky planets, including the Earth, does not make any contribution to the evolution of the crust.

In the new work, scientists reported the discovery of large inclusions of melanorites in the Sudbury complex, ranging in diameter from ten to one hundred meters. The research results showed that they originate from a rock that was initially formed in the melt from top to bottom, but then collapsed due to tectonic processes. In addition, melanorites simultaneously grew in the upward direction from the base of the complex, which indicates that the melt was initially homogeneous, which means that there was a magmatic differentiation in it. Similar processes took place in more ancient melts on the Earth, the Moon and other planets.

According to scientists, the results of the study show that the strikes of asteroids made the crust rich in silica. This allows you to revise the traditional scientific ideas, according to which the rocks with silicon dioxide, of which the continents are now composed, could be formed only in the bowels of the Earth.