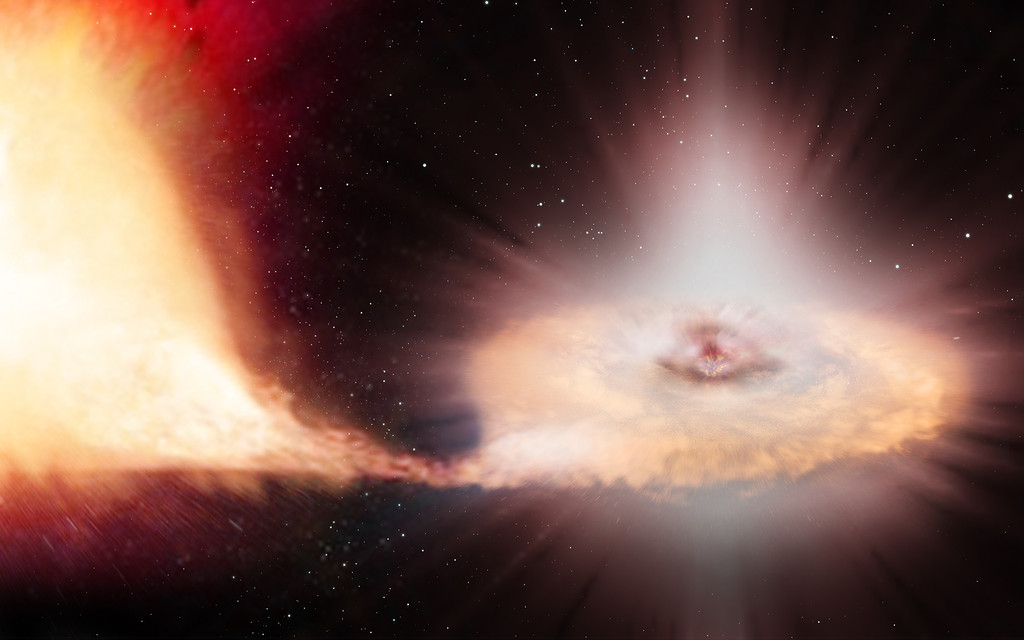 You sit down and watch how the star blows up. Actually the flash of supernew happened when on the ground dinosaurs roamed, however light from the effective phenomenon reached only last year.

Supernew 2015F it was opened in the close spiral galaxy of NGC by 2442 Berto Monard in March, 2015 and was unusually bright – it could be seen by means of the small telescope. The nature of change of brightness showed what supernew falls into to the Ia type – it is explosion of a star which happens when the white dwarf of the size of Earth buys enough substance that its core overcame a limit for nuclear combustion.

The possible reason – merge to less large satellite – the white dwarf. Searching and observations supernew the Ia type are especially important as their brightness can be calibrated, and then their visible brightness can serve for measurement of distance. Such supernew are used for establishment of a scale of distances in all Universe. This video shows process of explosion of a star. It begins before arrival of light from flash, shows the poyarchaniye and easing of gloss continuing several months. At this stage the luminescence is caused by disintegration of radioelements. SN2015F rest shines very poorly now, and it can be seen only by means of the big telescope. However yesterday lit a night palate brighter supernew in more close galaxy again: A Centaur.