Exquisite objects in the frame of the Hubble 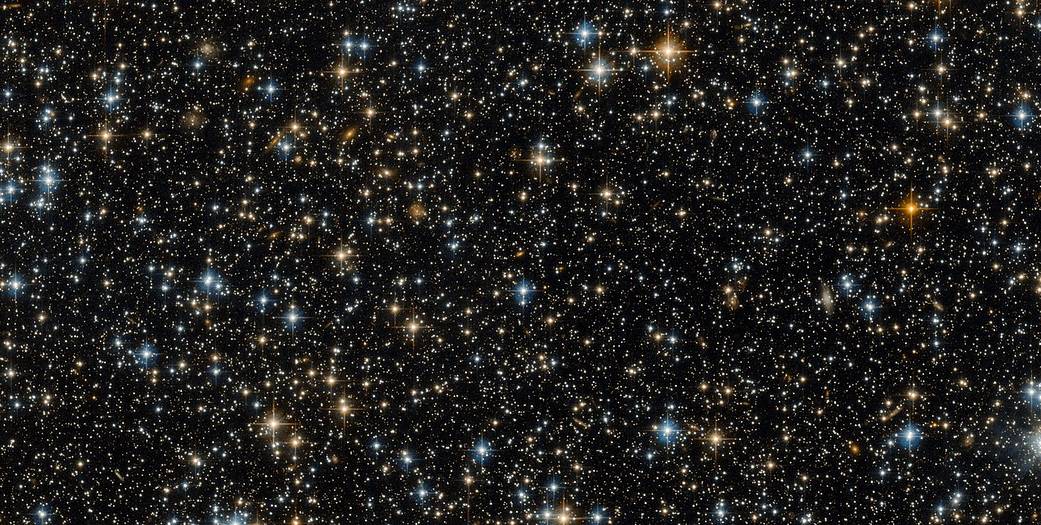 Presented here is a composite image was made through a wide-angle camera for Surveys (ACS) installed at the space Observatory named Hubble. This image contains hundreds of distant stars and galaxies.

However, it is interesting that the photo is missing the most interesting object for the study of Hubble in the region. We are talking about scattered star cluster NGC 299 in the constellation of the Toucan.

But this object is not visible in the image, not because he just disappeared or did not come into the view of the ACS camera. In fact, this camera consists of two sensors. The first captures the object under study – in our case it is a scattered cluster NGC 299. The other sensor captures the space below the test object. Just the image made by the second sensor, we can see here.

Technically, this photo is just the background the actual subject of research, but that it is less valuable. Here seething life, all the space is literally bursting with activity and continuous space processes. All the bright celestial body that was in the frame, as well as those that are more dim, are of great interest to science. Even in this case it is only the background and the environment of the object being studied, that their value to science is not reduced.