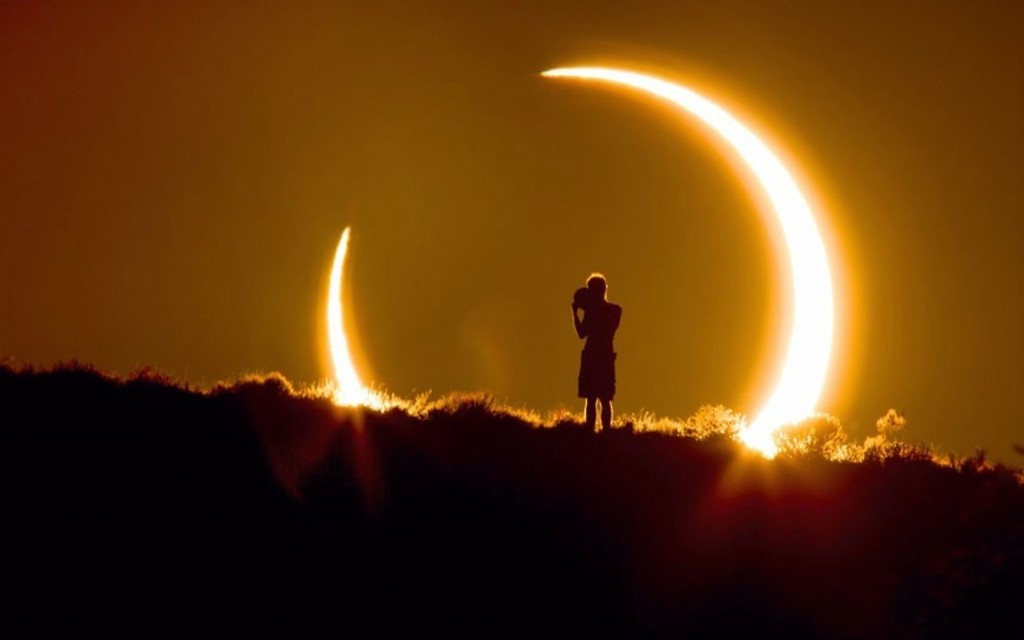 Solar eclipses are rightfully called one of the most striking spectacles that can be seen in the sky. Watching the Sun gradually disappear, you begin to understand what people experienced in antiquity, who did not know why this happens, and whether the luminary will return.

But solar eclipses can be admired not only on Earth, but also on other bodies of the solar system. Of course, provided that they have satellites or they rotate around a planet that can close the Sun. So on Mercury and Venus solar eclipses are in principle impossible (although, due to clouds on the surface of Venus, in any case, the sun is not visible). But on the surface of the moon it can be seen. As it is probably easy to guess, a solar eclipse happens there every time when a lunar eclipse is observed on Earth. At the same time, on the Moon, eclipses last much longer than on our planet, and it can be seen throughout the day. As far as I know, the first earthly messenger who happened to see a solar eclipse on the Moon was Surveyor III, who observed him on April 24, 1967. 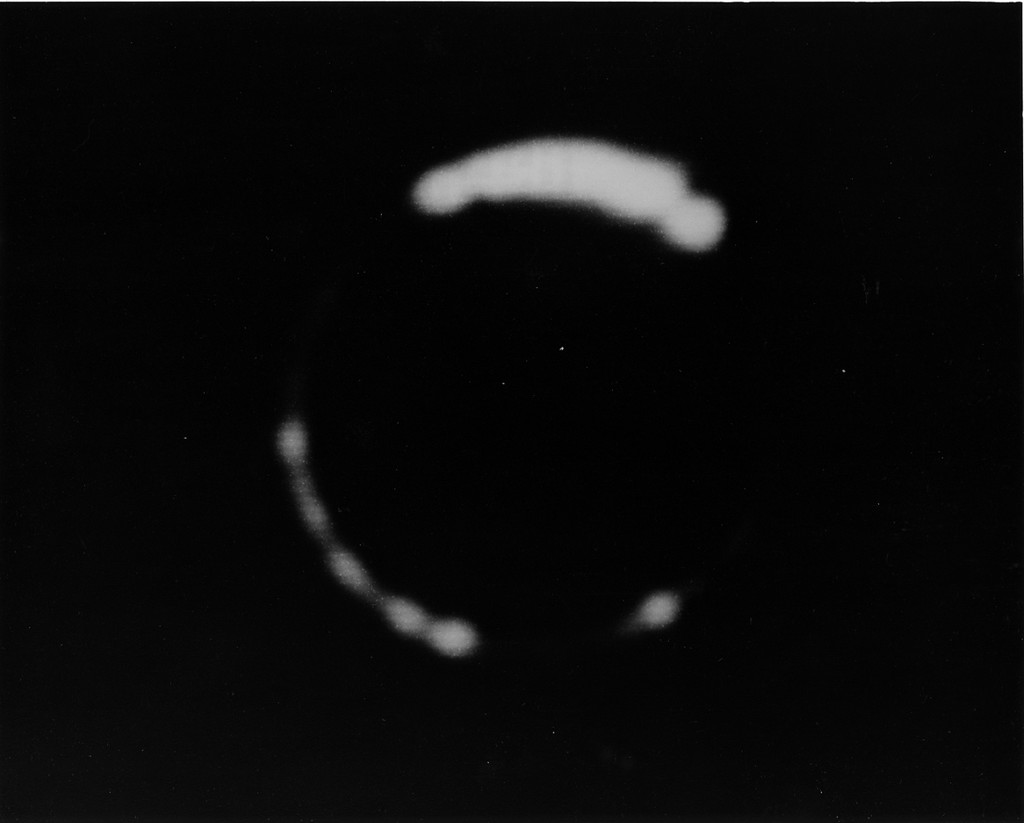 Yes, the quality of the pictures is certainly not HD. But still it’s part of the story. 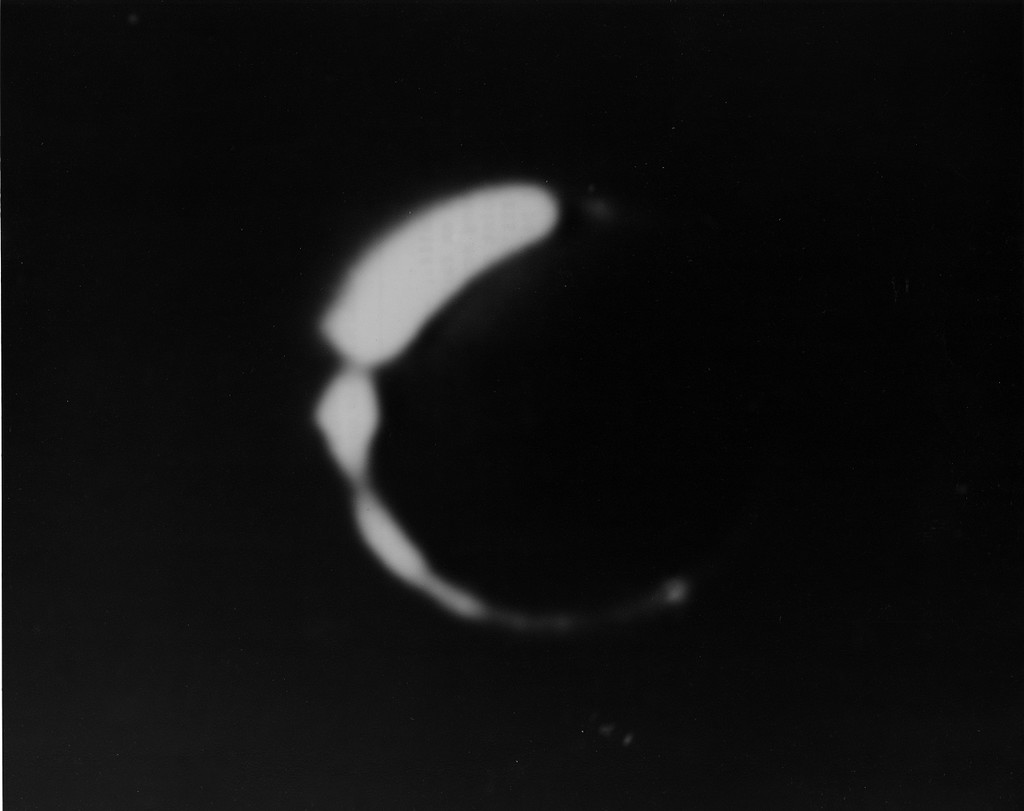 In 2009, the eclipse happened to observe the Kaguya apparatus in the lunar orbit.

Something similar happened to people. November 21, 1969 during the return of “Apollo 12”, the Earth stood exactly on the line between the ship and the Sun. Astronauts later called what they had seen as one of the most spectacular spectacles in the entire flight.

On Mars, you can also see a solar eclipse, but there it is never complete. Although the apparent diameter of the Sun in the local sky and 40% less than the Earth, but the satellites of the red planet Phobos and Deimos are too small to fully cover its disk. That’s what an eclipse looks like with Phobos (the frames are made by the rovers Curiosity).

Phobos passes the solar disk in just 30 seconds. As the satellite spins a short distance from Mars, an eclipse with his participation will not be seen above 70 degrees north / south latitude. 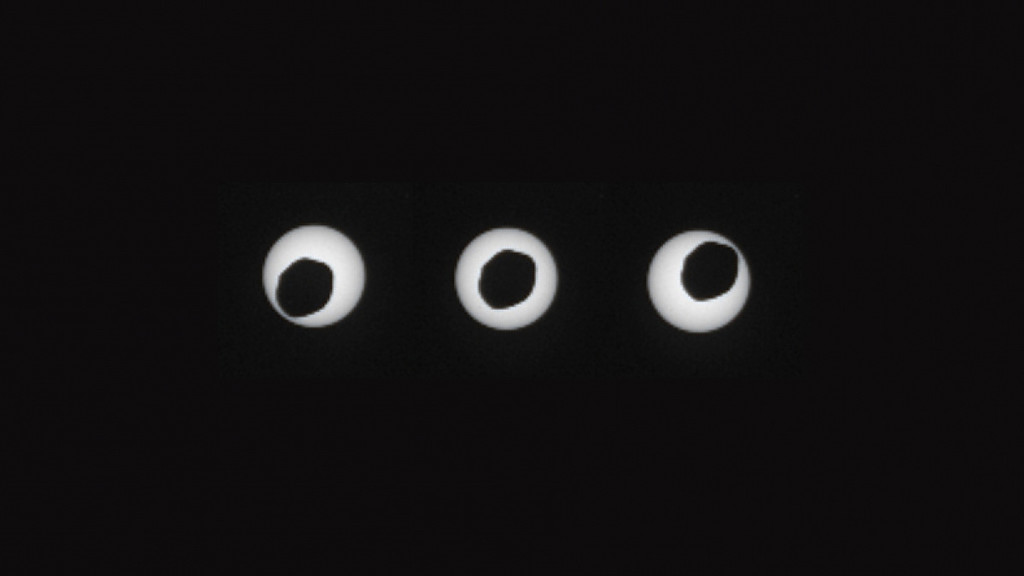 And so it looks like an eclipse involving Damos. Apparently, this is an eclipse that is difficult to name. More like a transit on the disk of the Sun.

To see an eclipse in the orbit of a giant planet is quite simple. During his stay at Saturn, the Cassini device took several shots in the position when the Sun was behind the planet.

And so it looks like an eclipse at a distance of almost five billion kilometers from Earth. Apparatus “New horizons” photographed Pluto at the moment when the Sun was behind him. This was done not for beauty, but for the purpose of studying the atmosphere of a dwarf planet. Analyzing the sunlight passing through it, you can get some information about its composition and structure. 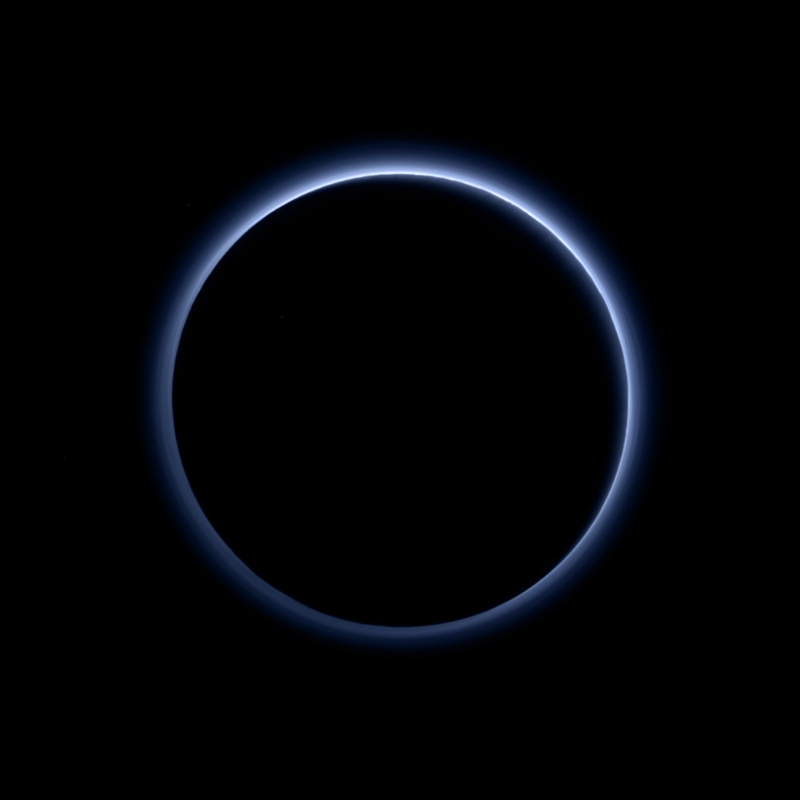