Extraterrestrials haven’t been able to detect us 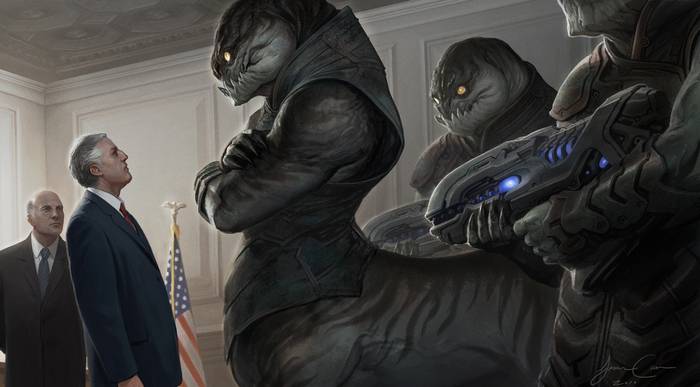 Many billions of years life on Earth was well hidden from outside observers, and we, in turn, might not see life on other planets for similar reasons: it is too simple.

Researchers from the US examined the question of at what point in the history of the Earth a hypothetical alien observer might detect in her life. According to their calculations, almost 90 percent of the planet’s history it was supposed to be uninhabited for external observers. Relevant article sent for publication in Astrobiology, and its text can be found on the Preprint server at Cornell University.

Scientists have wondered how changing the ratio of oxygen, ozone and methane in the atmosphere throughout the planet’s history. These gases are often called biomarkers, because now on Earth, they are biogenic, that is, as a result of the activities of living organisms. According to this group of researchers, in the Earth’s past they have also developed a nutrient. It turned out that the ratio of oxygen, ozone and methane in the Earth’s atmosphere has varied by very complicated patterns, it is difficult to detect external astronomical observation. In particular, the production of oxygen life on earth began hundreds of millions of years before the appearance of free oxygen in the atmosphere. For a very long time all of it went to the oxidation of dead organic matter left by past generations of bacteria have not yet produced oxygen.

The methane content in the atmosphere changed dramatically throughout the planet’s history. Before the advent of large quantities of oxygen could not be the ozone layer, which protects the methane from ultraviolet radiation. So the life time of the molecules of the gas at that time was very little. After the appearance of oxygen is increased as the concentration of methane. However, once the oxygen content reach a few percent and the methane concentration has fallen again. Oxygen and water vapor contributed to the formation of •OH — hydroxyl radicals that quickly destroy the methane molecule. As the authors note, from the side, without landing on the planet or obtain very accurate spectra, it is difficult to understand which of the above phases is the local atmosphere.

The authors come to the conclusion that before 2.5 billion years ago, the detection of biogenic oxygen and ozone in the gas shell of the Earth from the side was removed, and 2.5–0.5 billion years ago — very difficult. Despite the presence of oxygen, its concentration still remained low but continued to oxidize organics in the past. But methane after the appearance of oxygen, that is, all of the last 2.5 billion years, to detect over interstellar distances it would be unrealistic often. However, even after discovering it to this event, confident about the biogenic origin of this gas would be difficult. In the Solar system, at least Titan has methane and similar hydrocarbons. But, as is considered, where the gas is occurring inorganic way.

The researchers focus on the biosphere, mostly in the oceans. They note that prior to the development of sushi, the processes linking biogenic methane and oxygen largely go in the hydrosphere and the atmosphere are not reflected. Oxygen associated with organic remains in water, while methane consumes the living ocean organisms. Such a scenario prevailed on Earth before the Cambrian period, that is billions of years old. The authors klassificeret the biosphere such as camouflage. Using telescopes, technology available to mankind today, it is extremely difficult to detect even at a distance of a few tens of light years.

Through the use of space telescopes in recent years opened many thousand candidates for extrasolar planets. For tens of them already have data on the composition of the atmosphere. The next generation of space telescopes such as James Webb, or TESS, will begin work in the coming years. They will be able to obtain data on the composition of the atmospheres of earth-like planets are quite small. Previously it was believed that immediately after this, due to gas detection-biomarkers it will be possible to confidently determine whether there is a neighboring star systems life.

Critics of this approach pointed to Mars, where every summer locally appears methane, however, to understand, biogenic or not, so still and failed. As they note, naive to assume that we will be able to understand whether there is life light years from us, if you can exactly say about its presence of only two or three light-minutes from Earth. New work shows that the telescopes of the near future surely can detect only highly life, similar to that present on Earth in the last 500 million years. Other options like bacteria or protozoa for them, yet inaccessible. Judging by our planet, it could mean that only a small part of all existing biospheres in close star systems will be identified in the foreseeable future.