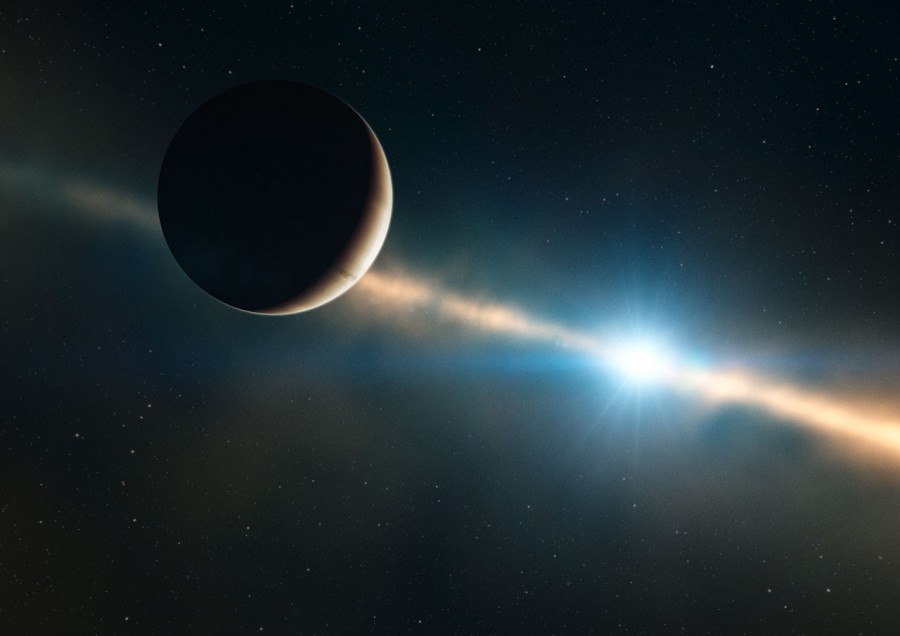 A team of American researchers announced the discovery of an exoplanet, designated HR 5183 b. It revolves around a star in the constellation Virgo, located 102 light-years from the sun. The discovery was made using the radial velocity method.

HR 5183 b has one of the most unusual orbits of all known exoplanets. She has a very large eccentricity. If HR 5183 b orbit were superimposed on the solar system diagram, then its perihelion would pass inside the Main asteroid belt, and the aphelion lay beyond the orbit of Neptune. Exoplanet makes one revolution around a star in 77 years.

According to the researchers, the orbit of HR 5183 b is more like a comet. Of course, before scientists already found exoplanets with very elongated orbits. However, all of them are united by the fact that the pericenters of their orbits pass at a very small distance from the parent stars. HR 5183 b never approaches its luminary at a distance of less than 2 a. e. To this it is worth adding that the mass of the exoplanet is at least three times the mass of Jupiter.

According to astronomers, the secret of the exoplanet must be sought in the past of the system. Most likely, earlier the orbit of HR 5183 b was close to circular, and it had a neighbor of comparable mass. However, the gradually accumulating gravitational perturbations led to the fact that both exoplanets experienced a close encounter. It led to very dramatic consequences. HR 5183 b went into a very elongated orbit, while its unfortunate neighbor was forever thrown out of the stellar system.