Facts that everyone should know to become a colonizer of Mars 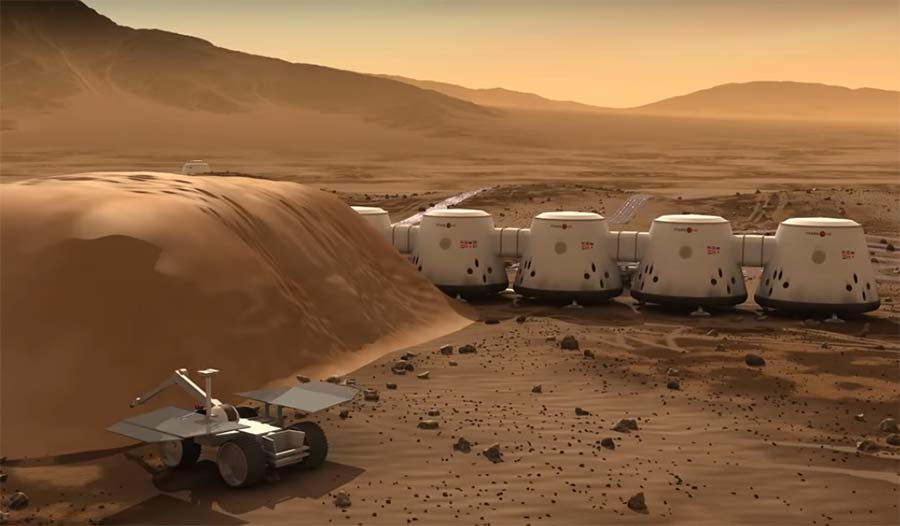 The threat of extinction of humanity stirs the minds for a very long time. Hollywood regularly releases movies and TV shows on the subject of various Apocalypses, the researchers calculated the trajectory approaching our planet of comets and frighten us with the effects of climate change, and to take the Dutch Bas Lansdorp since 2012 is working to implement its ambitious project of colonization of the first alien planet called “Mars One”.

Mars is the closest planet where life could exist. From the very first visit to the red planet earthlings in 1960, scientists have conducted many tests and experiments and, eventually, came to the conclusion that the colonization of Mars by man, in principle, possible.

Before the start of the project Mars One in less than a decade. The first colonizers to go to Mars in 2024.

The desire to participate in the project expressed about 200 thousand people, and this number is constantly growing. And, actually, why not? Who would not want to travel to Mars? But before you embark on such an adventure, make sure that you are aware of the fact that:

It will be a one-way ticket

Although the idea to fly to Mars may seem incredibly exciting, anyone who will dare to him, to understand that it is a one-way ticket. That is, the colonizer will never return to Earth and die on the red planet. Meanwhile, researchers continue to work on this problem (not very successfully) so maybe the opportunity to return still appears.

The selection process is extremely harsh

Fill the application form for participation in the Mars One project on the website all interested, but that’s the easy part of the selection ends. Followed by some very heavy training periods, including imitation of life on Mars, to determine if applicants are capable to cope with extraordinary situations. In the end, out of a thousand people will be selected top 24, which will be divided into six groups of four for further training for a space mission.

On Mars there is no Internet

For many, probably this factor will be decisive. On Mars there will be no Internet. No Facebook, no Instagram, and in General, simple communication with the outside world. However, to send information from Mars to Earth will take anywhere from 3 to 22 minutes, and about 6 minutes to get the answer. So in dealing with family and friends will have no problems. In addition, experts believe that the colonialists of the mission unable to access one or two favorite websites that are loaded on the Mars server of the Earth. But this is the maximum that can be done.

Colonists would have to risk his life

As the mission Mars One the first of its kind and experimental, so no one can for sure know what may go wrong. This means that the danger of death is very likely. Despite hundreds of experiments and studies that indicate the possibility of life on Mars, no one can guarantee that.

The human body is not biologically adapted to living in space. The effect of microgravity may cause defects of the bones and muscles. Still people spent on the ISS, not more than 180 days (approximately six months). In this case the astronauts have to exercise for at least 2-3 hours a day to keep fit.

In addition, the Martian day is shorter the earth for 40 minutes, and to get used to the new ideas about time can be quite difficult. The difference seems not so significant, but can be very significant.

… and the brain too

The idea of traveling to another planet and be among the first people who settled on Mars, that sounds good. But, however, it is well to understand that you forever leave his family, his friends and EVERYONE else on Earth. You will live at 55 million miles away. Going to Mars, you will never be able to see the Ground. The land will be for you just a dot in the sky. As soon as you realize it, can cause serious psychological problems including depression, anxiety, moodiness and so on.

If after all this the flight to the red planet still seems a good idea – well, try your luck.