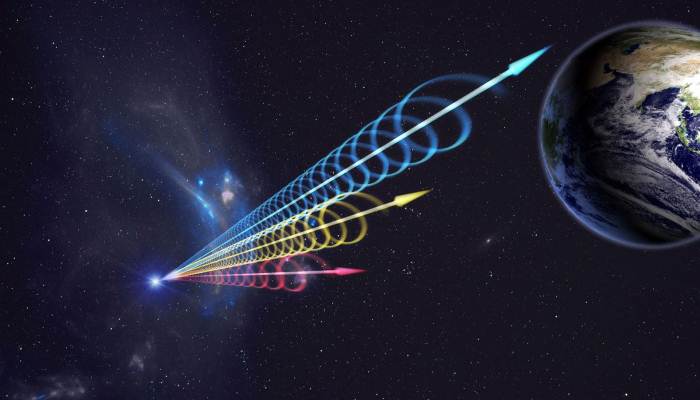 A large number of different types of signals comes from outer space – relic radiation, radiation of quasars, pulsars, neutron stars, etc. But there is a type of radio signals, the origin of which scientists can not explain until now.

The first rapid radio burst was found by Professor Duncan Lorimer in 2007. The signal came across accidentally – when analyzing the results of observations 6 years ago. The source of the radio burst is a point located three degrees from the Small Magellanic Cloud. What did the specialists come across? Nobody could explain.

A curious fact: during a detailed analysis of the data obtained by Professor Lorimer in 2007, it was found that the “rapid radio bursts” discovered by the scientist were nothing more than ordinary artifacts. Interference was caused by violation of the rules of operation of the microwave oven. The early opening of the microwave door and the specific position of the telescope are the causes of these artifacts.

However, it is still unknown what the nature of the other fast radio bursts is? The main assumptions supported by the scientific community are:

– Interference of terrestrial instruments or the development of so-called peritones that distort the signal;
– The fusion of two neutron stars, the evaporation of a black hole, as well as other exotic events of extragalactic sources;
– In certain circles a version is expressed that the signal is a consequence of the activity of extraterrestrial civilizations.