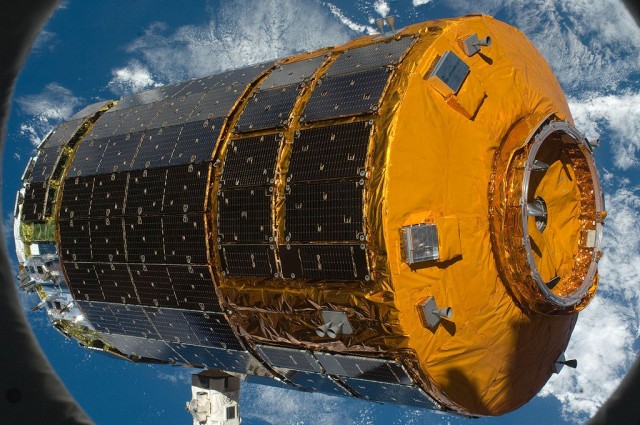 Japanese cargo spacecraft, ustinovichius from the International space station on January 27, will spend this whole week in orbit, where it will carry out a scientific experiment, after which it will be de-orbited and burn up in the dense layers of Earth’s atmosphere on Sunday, February 5.

The apparatus HTV-6, also known as Kounotori 6, is the sixth Japanese mission to deliver cargo to the ISS. He arrived at the orbiting lab in December, with approximately five tons of cargo, including crew supplies and scientific equipment. In addition, the device is delivered to the station new Li-ion battery designed for large improvements of energy systems of the station, which had to make two exits into space and several weeks of work automated systems.

After spending about seven weeks docked to the module “Harmony” of the ISS, this unmanned spacecraft was ultimately sent to the station for incineration in the dense layers of the atmosphere several tons of garbage from the station on Board, including six old Nickel-hydrogen batteries.

But before HTV-6 will be de-orbited to burn in the planet’s atmosphere, it will hold slightly more than a week, conducting an experiment called Kounotori Integrated Tether Experiment (KITE). This experiment will allow to test new technology that may one day be used to remove hazardous space debris from Earth’s orbit. The device will free up the 700-meter-long electrodynamic tether, specifically designed to capture debris, which then will be captivated together with the ship in the dense layers of the atmosphere for combustion.

4 Feb this spacecraft in a safe and controlled manner will be de-orbited and sent into the Earth’s atmosphere, where he will burn in the sky over the Pacific ocean.