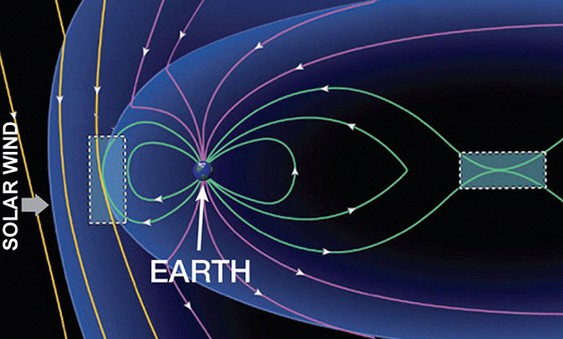 It often occurs when the interaction fields of two objects. When opposite magnetic fields come into contact, their lines similar to trains, passing by each other in different directions.

But in the end all the field lines are broken and form new ones. This process gives “magnetic field lines “one leg standing” in the Sun, and the other on
Earth, allowing solar energy to flow straight to the Ground. Such a situation hazardous to satellites, astronauts in orbit and communications and power systems on the Earth’s surface.

“We thought the results will have to wait a long time, and the probes were in the area of Pertamina in just six months after launch — says James Burch, the lead researcher of the project MMS, and since then have come to the right place eight more times. This is a great success for us, because until now no one has been able to study these processes on such a scale”.