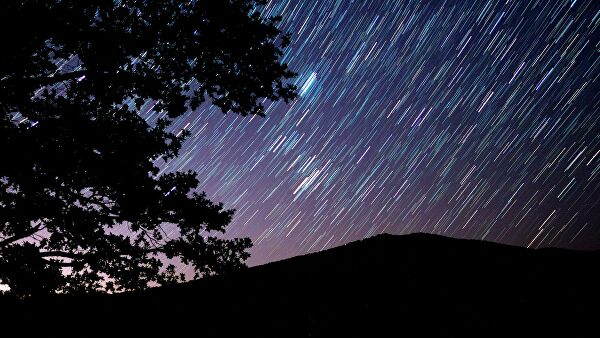 An outbreak of Alpha Monocerotide meteor shower (the Unicorn constellation) can occur on Friday night, the conditions for observing meteors will be best in southern Russia, said astronomer Alexander Yakushechkin.

The meteor shower Alpha Monocerotides, whose radiant is in the constellation Unicorn (in Latin – Monoceros), is usually inactive. In December, another stream from the same constellation operates. Astronomers designate the November flux as AMO, and the December flux as MON, astronomer said. The speed of the meteors of the stream is about 65 kilometers per second. The parent heavenly body that generated this stream is still unknown to scientists, he said.

“(Friday – ed.) November 22 at 4.50 UTC (7.50 Moscow time) a sharp increase in the activity of the Alpha-Monocerotide flow to a value of 400 ZHR (Antiaircraft hour number) is possible. The outbreak will last only about 30 minutes. But, due to great uncertainty it’s better to observe the initial data in advance, plus or minus five hours, ”said Yakushechkin, noting that the outbreak predictions are based on studies by meteor experts Peter Jenniskens and Esko Lyytinen.

A sharp increase in flow activity was noted in 1925, 1935, 1985, and 1995. Scientists believe that the short duration of the activity of the stream is associated with clumps of loops of the comet meteor swarm, which has a large period (up to 500 years) of revolution around the Sun. Outbreaks of activity lasted only about 20 minutes, after which it fell sharply to normal, Yakushechkin said.

The astronomer advises to monitor the stream in the second half of the night of November 21-22. The radiant of the stream is located on the border of the constellations Unicorn and Lesser Dog, not far from the bright star Procyon – Alpha of the Lesser Dog. For observers in Russia, the residents of the western part of the country are more lucky, and the further south the observers are, the higher the constellation will rise above the horizon. From this point of view, observers from the Crimea and the republics of the North Caucasus are most lucky. In addition, the waning moon will not interfere much with the illumination of the waning moon.

Scientists predict the activity of the flow in the region of 500 ZHR (anti-aircraft hourly number). For southern latitudes, the height of the flow radiant will be in the region of 35-45 degrees. Thus, according to the astronomer, even in the case of ideal weather conditions and the complete absence of sky flare, we would be able to see about 250 meteors per hour at such a flux intensity. In reality, it will be possible to observe up to two meteors per minute, which is also a good activity.