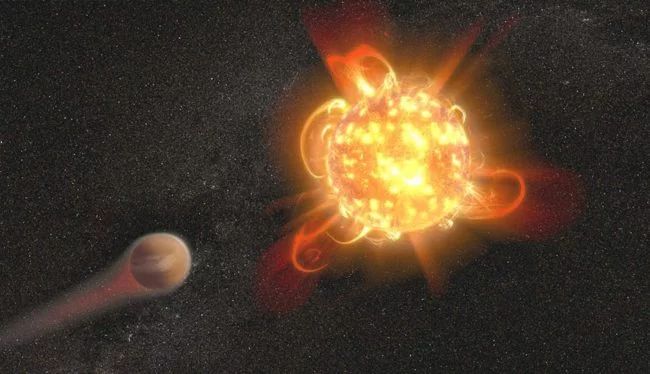 In 2014, scientists announced that red dwarfs are the most likely place for extraterrestrial life. We are talking about planets with a mass of 20% smaller than the size of the Sun, which are capable of supporting life on nearby planets. The results of recent NASA research carry bad news – perhaps the life on these planets can interfere with the very powerful ultraviolet rays emanating from dwarfs. However, astronomers have other assumptions that give impetus to a further search for alien beings.

NASA uses the Hubble telescope to study flares on red dwarfs. The research project itself is called HAbitable Zones and M dwarf Activity (HAZMAT). Within its framework, the agency investigates not only flares, but also other activities on the surface of dwarfs.

While the Sun and the Earth are at a relatively large distance from each other, planets located near the red dwarfs should be located as close as possible to them. The fact is that dwarfs give much less heat than the Sun, and the proximity of space objects is necessary to sustain life.

Unfortunately, there is a big problem in this closeness. Ultraviolet flares occur on red dwarfs, which are 100-1000 times more powerful than flares in the sun. They also appear too often – if only a couple of strong flashes were recorded on the Sun in the whole history, then they appear daily on dwarfs.

According to the head of the research project Park Loyd, such outbreaks can destroy the atmosphere of neighboring planets. However, he noted that this does not mean that possible living organisms are doomed to death. There is a possibility that there are life forms that are resistant to such extreme weather. Also on the planets there may be processes that constantly restore the atmosphere.

The probability of having life on red dwarfs is still high, as there are a lot of them. It is believed that up to 70% of the stars in the universe can be attributed to them, and the habitable planets are probably circling near them. It is also noteworthy that dwarfs live for trillions of years.