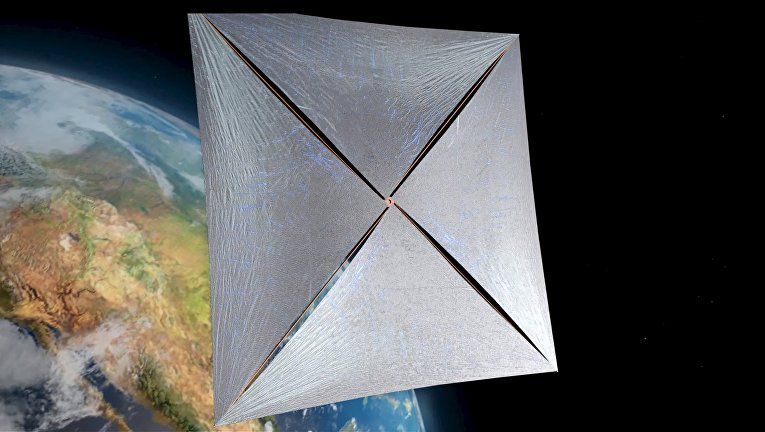 A planetary scientist from America, David Kipping, who published his article on the resources of the electronic library arXiv.org, shared the calculations of the laser power required to launch the space probe with a light sail to Alpha Centauri under the “Breakthrough Starshot” project program. As a result, some problems in the work of the “sailboat” were revealed, based on certain aspects of the theory of relativity of Einstein, which is associated with overheating of the sail. Of course, this does not negate the possibility of flying in principle, but it creates some snags.

The joint project of British cosmologist Stephen Hawking and Russian billionaire Yuri Milner – “Breakthrough Starshot” means the construction of a spacecraft based on the idea of ​​the Californian physicist Filipi Lubin. Its essence lies in the fact that not “ordinary” spaceships will go to travel to distant planets, but flat ones, structured from reflective materials and characterized by their ease, the possibility of dispersal of which to almost the speed of light will be achieved by a powerful orbiting laser. Thanks to this, American physicists believe that it will be possible to reach Alfa Centauri in twenty years, and the duration of flights between Earth and Mars will be reduced to three days without payload on board, and with a load of up to 10 tons – up to a month. At the moment, the problem of safe braking of such a space probe is being solved, the laser beam can not interact stably with the accelerating “sailer”, this considerably complicates the task.

According to the theory of relativity of Einstein, there is a change in the properties of matter and light when the near-light velocity is reached. More precisely, in length objects are reduced, and their mass increases. From the calculations of Kipping, the predictable consequences of if the light particles collide with the sail at normal and near-light speed, it is possible to estimate the changes in the operation of the laser as a whole. The relativistic effects of the theory of relativity will reduce the laser power by ten percent even with a slight acceleration. Hence, it is necessary to increase either the motor power or the time of its operation, but in this case the sail itself will overheat. This will entail a malfunction of the electronics of the sail, and it will become less efficient, because in this case a part of the laser energy will simply waste heat in the environment.

Now the project participants are thinking about creating a new material that can reflect all the incoming light, or how to protect the electronics from inevitable destruction. The first to achieve in principle is realistic, for example, a thin coating of salts, titanium, zinc and other types of metals have 99.99% reflective properties that will make it possible to disperse the sailboat in four hours and not to damage its electronic component. This task will require the use of a phased laser with a total power of 700 megawatts.