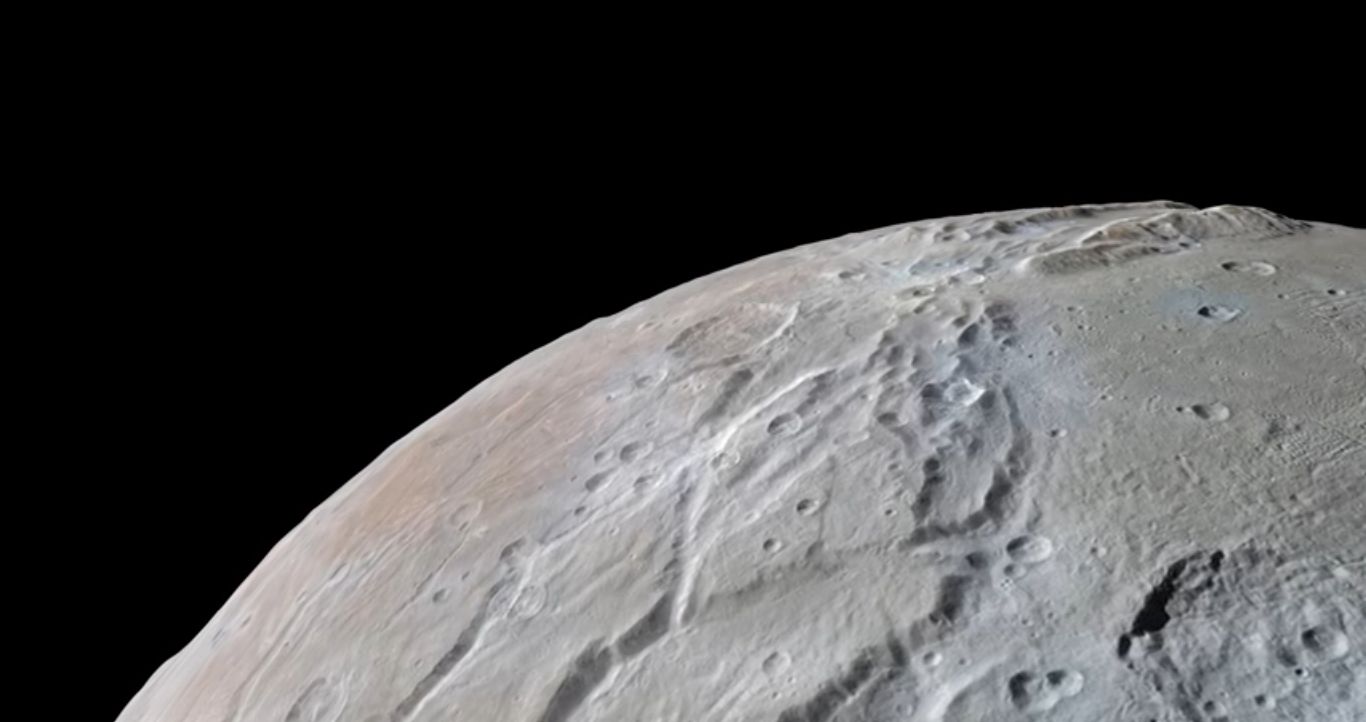 The updated version of the animation allowing to imagine flight over the unseparable partner of Pluto — Charon. On video it is possible to consider the numerous breaks surrounding the satellite well. As many astronomers consider, they arose after the subsurface ocean of Charon froze that led to cracking fissuring of its bark. It is also possible to see ancient shock craters and some other sights of the ice moon, including the curious peak which is informally called Kubrick’s mountain (the right edge from 34th second). Its key feature is that he literally grows up from a hollow. This structure meanwhile was how exactly formed remains a subject of discussions. There is an assumption that it can be something like an ancient cryovolcano.