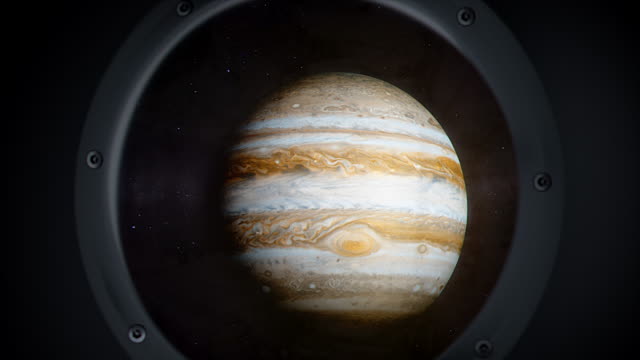 What does the approach to Jupiter look like? To answer this question, a team of 91 amateur astro photographers took more than a thousand photographs of Jupiter from Earth.

This video was created by digitally processing the received frames. Photographing began in December 2014 and lasted more than three months. The resultant sequence of images shows an imaginary convergence, it is similar to that which saw the automatic spacecraft of NASA “Juno” when it first approached Jupiter in July last year.

At the beginning of the video, Jupiter looks like a small ball in the center of the picture. Jupiter is approaching and growing, then you can see the rotation of the cloud strips. The diminishing Great Red Spot doubles in the field of view, it shows unusual activity. Numerous white ovals move along the disk of the giant planet. The video ends when an imaginary spacecraft flies over the north pole of Jupiter.