For the changes in the trajectories of celestial bodies in response, Jupiter and Theory of Relativity 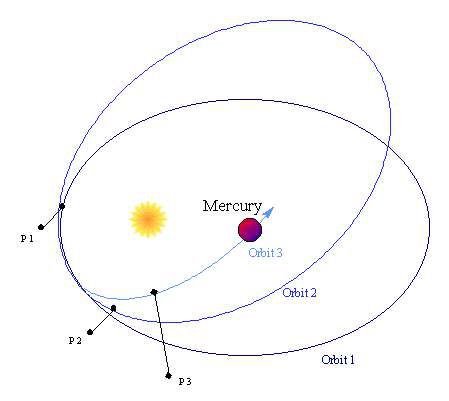 In the case of celestial bodies of the solar system passing near the Sun, two important factors influence the evolution of their orbits: the effect resulting from the General Theory of Relativity, and the effect associated with the Newtonian theory of gravitation.

The prediction of the periodic orbit shift (the so-called precession) of Mercury and the subsequent confirmation of this shift by real observations became one of the greatest triumphs of the General Theory of Relativity, developed by Einstein approximately 102 years ago.

This effect is one of the most important effects observed in the solar system with the passage of celestial bodies in the immediate vicinity of the Sun, since as the objects approach our star, the velocity of their motion increases significantly and together with it the role of relativistic effects also increases.

The other of these two effects is associated with the periodic gravitational influence of Jupiter (technically in celestial mechanics it is called the Kozai mechanism) in accordance with the Newtonian gravitational theory, as a result of which the orbit of the object becomes more and more narrow (in other words, the eccentricity of the orbit grows) and the object Becomes closer and closer to the Sun.

In the new study, a group of scientists led by A. Sekhar (A. Sekhar) for the first time examines the combined effect of these two effects on the motion of objects in the solar system. The object of this study was the comet 96P / McCholtz, which experiences a disturbing action on the part of Jupiter and under its influence changes the trajectory, coming closer and closer to the Sun. The end of the orbital path of this comet should be immersion in the atmosphere of our luminary, which will happen in about 9000 years. However, before this, in the close approach of the comet 96P / McColtz to the Sun, its orbit will experience powerful displacements, exceeding in magnitude the orbital shifts for Mercury by about 60 times.