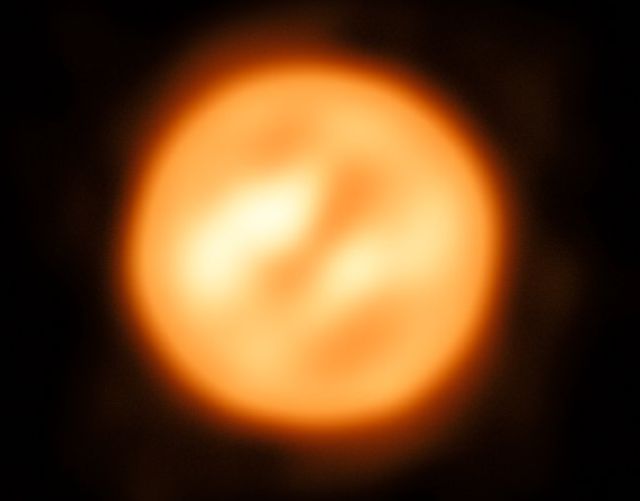 Using the Very Large ESO Telescope-Interferometer, astronomers for the first time in history have constructed a detailed image of the surface of the star of the Antares-red supergiant. In addition, the first map of the velocities of matter in the star atmosphere was obtained-previously such maps were built only for the Sun. Unexpectedly, extensive turbulent areas have been discovered in the powerful, long-lasting atmosphere of Antares.

Bright red star Antares shines in the heart of the constellation Scorpio. Antares is a red supergiant, a huge and relatively cold star at a late stage of evolution; In the future it is destined to turn into a supernova. 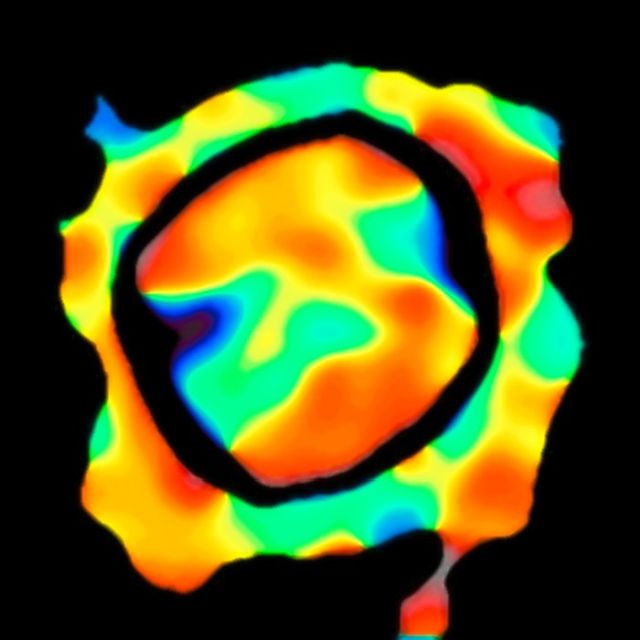 A group of researchers led by Keichi Onaka from the Northern Catholic University in Chile, with the help of the Very Large ESO Telescope (VLTI) in Chile’s Paranal Observatory, constructed a surface map of Antares and measured the movements of the surface layers of star matter. This is the best of all the images of the surface and the atmosphere of the star so far – unless, of course, the sun is considered.

The researchers found a low-density turbulent gas at much greater distances from the star’s surface than predicted. They concluded that these gas movements can not be due to convection, that is, large-scale displacement of matter when energy is transferred from the core of the star to its external atmosphere, as occurs in many stars. To explain the movements of matter in the extended atmospheres of red supergiants, such as Antares, it may be necessary to have a new, yet unknown mechanism.