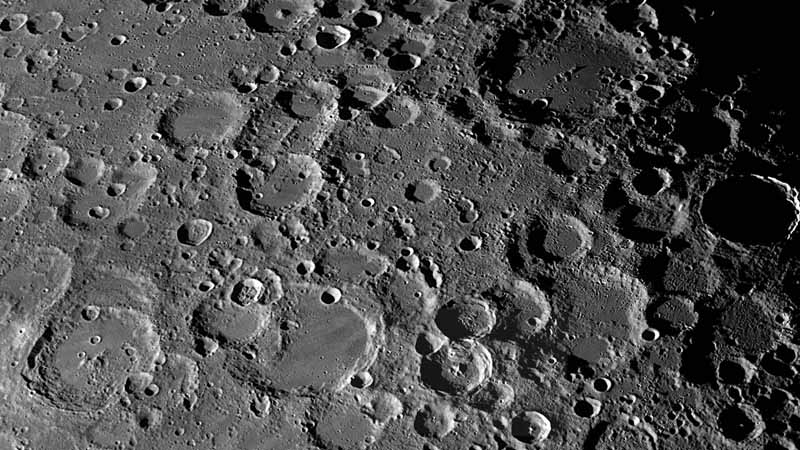 Meteorites bombard the moon much more often than previously thought. According to recent estimates, over the past 7 years on a natural satellite of Earth was formed, 222 new crater.

Small meteorites have regularly bombarded the moon and Earth. However, on the Blue planet, these “attacks” in most cases remain unnoticed, as the meteors usually burn up in the atmosphere before reaching the surface of the Earth. On the moon the situation is different – because of the virtual lack of atmosphere, her appearance often undergoes changes as a result of collisions with meteorites.

Scientists from the University of Arizona examined data obtained with the automatic interplanetary station Lunar Reconnaissance Orbiter (LRO), and came to the conclusion that over the last 7 years on the moon were formed hundreds of new impact craters.

Emerson Speyer and his colleagues compared 14 thousand images of the lunar surface before and after the launch of LRO and counted at least 222 of the crater with a width of over 10 meters. That’s 33% more than expected by researchers. Scientists note that such dynamics may pose a serious risk to future lunar bases and settlers.

“Before the launch of LRO, we believed that significant changes to the surface of the moon requires hundreds and thousands of millions of years. In reality, however, the top layer is completely renewed in about 80 thousand years,” explained study author Emerson Speyer.