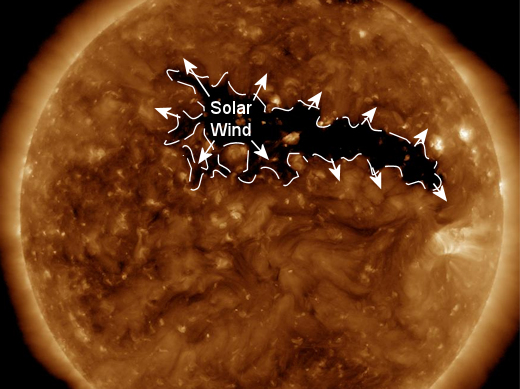 Geomagnetic storm class G1 is expected on Earth from Wednesday to Thursday, March 14 and 15. The perturbation of the magnetic field of our planet is caused by the flow of energetically charged particles, or solar wind, which erupts from the extensive coronal hole formed on the Sun.

According to the Space Weather Forecasting Center (SWPC), which is a part of NOAA, lights from a polar megastrepresentation will be visible to residents of such northern regions. The storm can also cause fluctuations in some weak electrical networks and will have a negligible impact on the operation of space satellites.