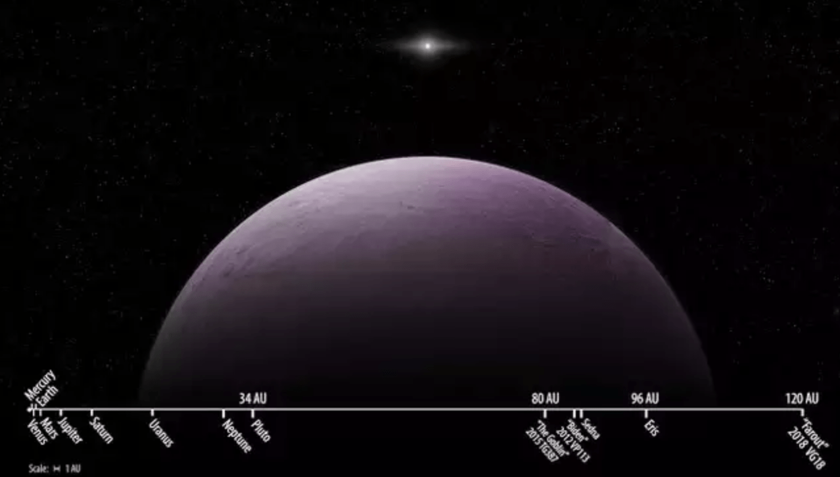 Scientists have discovered a new object in the solar system, which seems to be the most distant known at the moment.

At the end of last year, a group of scientists led by Scott Sheppard from the Carnegie Institute found an object that could be considered the most distant known in our solar system. He was named 2018 VG18 (he was given the nickname FarOut (which can mean both “far” and “cool”)). Now, experts from the Carnegie Institute have discovered an object that has become a new contender for the title of a record far.

2018 VG18 scientists discovered in November with the Subaru telescope on Mauna Kea Mountain in Hawaii. As it turned out, the distance to the object from the Sun is about 120 astronomical units (it became in principle the first object of the Solar system, seen beyond the limit of 100 AU).

Now Sheppard, as reported by Science, announced that he was able to detect an even more distant object. He got the nickname FarFarOut (“on” and “cooler”); There is no official name yet. As expected, this object is located at 140 AU. from the Sun and now, apparently, is the most distant object of the Solar system known to science. However, the existence of FarFarOut still needs to be confirmed.

Sheppard’s group is looking for the most distant objects of our solar system, including the alleged ninth planet – Planet X.