Found an exoplanet with an earth-type atmosphere 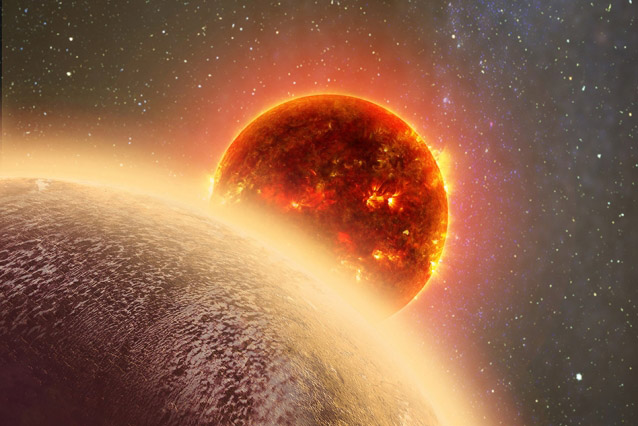 Scientists from the German Max Planck Institute of Astronomy have found an exoplanet with an earth-type atmosphere. The exoplanet was detected with the ESO telescope. At the moment, the found planet is recognized as one of the most probable for the origin of life.

The discovered exoplanet GJ 1132b rotates around the red dwarf in the southern constellation Vela32b. The distance to Earth is 39 light years. The size of the exoplanet is almost one and a half times larger than the terrestrial, and the mass exceeds the mass of the Earth 1.6 times. Observations of astronomers show that the exoplanet has a dense atmosphere of terrestrial type: presumably with water and methane in the composition.

Along with this, white dwarfs are stars, constantly spreading dangerous radiation. Because of this, there can not be an atmosphere in their planets, but it has GJ 1132b, which indicates that the exoplanet can potentially be inhabited for several billion years.