Found confirmation of the “impact” theory of lunar formation 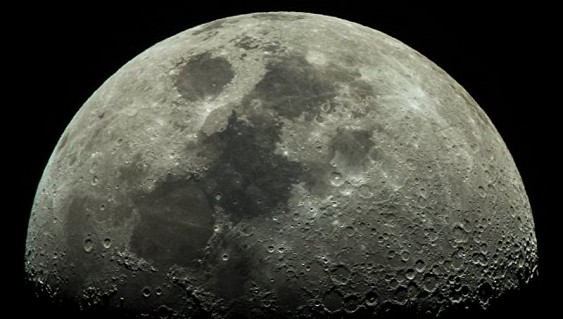 American astrophysicists John Wade and Bernard wood published the results of the study demonstrated the “impact” theory of lunar formation.

The researchers worked with samples of lunar soil, where it was previously detected water particles, whose presence, until recently, remained a mystery to researchers because it was believed that the water had to evaporate from the satellite of the Earth immediately after its occurrence.

The supporters of the priority to date of the hypothesis of a “shock” formation of the moon suggested that it appeared as the result of a blow of incredible force caused by the collision of Earth and a cosmic body weight of up to 20 percent of the mass of our planet. Embarrassed them it is the presence of water. But the calculations of John Wade and Bernard wood have shown that even the high temperatures did not prevent a large amount of hydrogen to dissolve in the magma disk from which the Moon formed.

The residual water or hydrogen initially could initially reside in a modified form in the magma. Later they hardened and crystallized in the surface rocks, where it was discovered.

Based on these data, astrophysicists John Wade and Bernard wood, believe that the results of their study confirm the “impact” theory of lunar formation.