Found microbes able to live in the “salt streams” of Mars 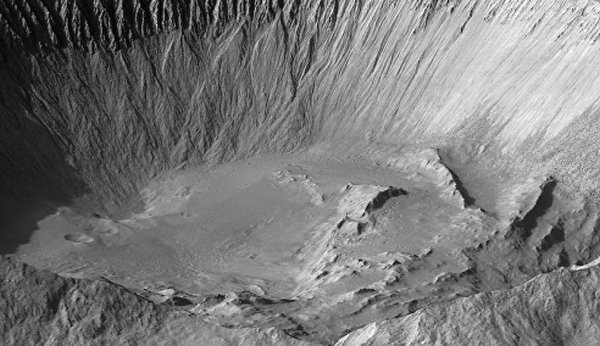 Biologists found in Canada microbes that can live and reproduce in a very strong and toxic “brine”, cooled to ultralow temperatures. Similar bacteria can live in saline streams in the soil of Mars or in the waters of the moons of Saturn and Jupiter.

“Our experiments show that the presence of toxic perchlorates in the soil of Mars does not necessarily mean that there is no life.” Bacteria, it turns out, can grow even in very strong “brines,” a tenth of those consisting of perchlorates. “On Mars, it is ten times less, “said Jacob Heinz of the Technical University of Berlin, Germany.

In recent years, geologists, astrobiologists and other specialists are actively arguing about whether there are reserves of organic matter or microbes in the near-surface layers of the soil of Mars, where there is liquid water, where cosmic rays hardly penetrate and where it is relatively warm.

These disputes escalated after the MRO probe detected traces of liquid water on the slopes of hills and craters in the equatorial latitudes of Mars. Subsequently, scientists found that this water contains a large number of salts, including toxic perchlorates, which cast doubt on the possibility of life in such a “brine”.

Heinz and his colleagues checked these doubts in practice, growing in a similar environment different types of extremophile microbes, which scientists found in the subglacial lakes of the Arctic and Antarctic, at the bottom of deep caves and in other corners of the Earth, where unusually severe conditions close to the Martian are prevailing.

In addition to perchlorates, this “pickle” included ordinary common salt, as well as magnesium and calcium chlorides, which are extremely toxic for most cells even in relatively modest amounts. As scientists suggest, these compounds can also be present in the waters of Martian “streams”, but so far this can not be said for sure.

Cooling or heating similar solutions to temperatures of minus 25 and plus 25 degrees, scientists released a number of microbes in them and watched how their number will change in the next four months.

As it turned out, under such conditions, at least one terrestrial bacterium can survive – a microbe of Planococcus halocryophilus, whose colonies were found in permafrost deposits in Canada about six years ago.

Interestingly, they could live in similar conditions only at low temperatures, close to Martian – minus 15-25 degrees Celsius. When the level of 4 degrees Celsius was exceeded, the bacteria stopped multiplying actively, and their colony gradually died out at any concentration of perchlorates and other salts.

Why can these bacteria survive in “Martian” conditions? As scientists note, this may be due to the fact that the permafrost is similar to the Martian salt streams – it also contains little water, lots of salt and at the same time it periodically freezes. This caused the microbes to adapt to abrupt changes in the concentration of salts and to acquire a set of protective proteins that help them survive in such an extreme environment.

Now scientists are trying to understand how microbes reproduce under similar conditions and analyze what factors have the greatest impact on their survival. The answers to these questions are extremely important for understanding whether there really is life on Mars or not.