Found on the moon new craters 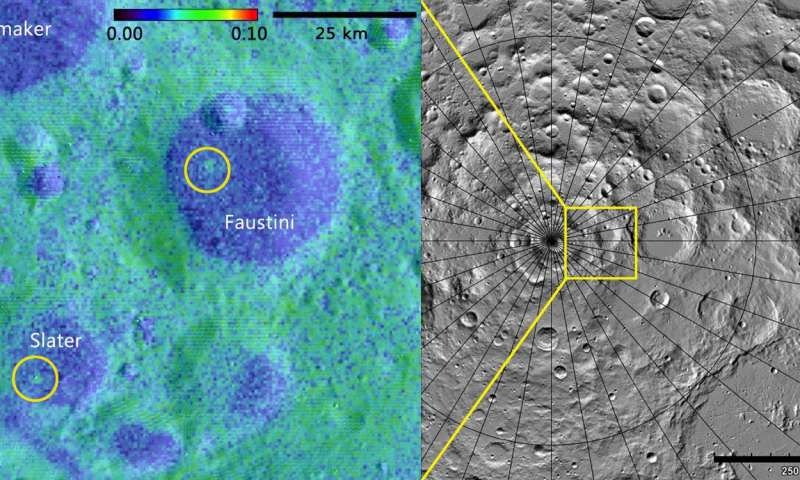 Research Institute Southwest Research under the guidance of a team of scientists have discovered two geologically young crater – one aged 16 million, and the other from 75 to 420 million years – in the darkest areas of the moon.

“These young impact craters are a really exciting discovery,” said senior researcher Dr. Kathleen Mandt (Mandt Kathleen), which set out the findings in an article published in the journal Icarus. “The presence of geologically young craters in this age will help us to understand the history of collisions in the Solar system.”

The discovery was made thanks to the LAMP device (device to search for ice in the unlit craters) placed on Board the Lunar Reconnaissance Orbiter (LRO). The device helps to see the reflection of ultraviolet radiation of the stars (lines of the Lyman series) from the lunar surface. Using radar data and its Mini-RF LRO, the team found a series of very large and deep craters near the moon’s South pole. These deep craters are difficult to study because the sunlight never illuminates them. Tiny differences in reflectivity, or albedo, the measured LAMP has allowed scientists to detect these two craters and estimate their age.

Because the Moon is littered with craters, its surface serves as a record of our past. Determining, when the collision occurred helps scientists to map the movement of objects in the Solar system throughout its history. Young craters (in geological time scales (millions of years) also provide information about the frequency of collisions.

Craters can be from several meters to several kilometers in width. During impact, material is thrown out around the crater. Emissions of relatively young craters have a rough surface and covered with light dust. Over millions of years, these tiny features are subjected to weathering and covered with layers of dark dust.

Scientists have found that the areas around the two craters were brighter and rougher than the surrounding landscape. The team estimated the age of one crater about 16 million years. The second crater had been more dark and smoothed out the release, and it shows that his age should not be less than 75 million years.