Four flashes directed towards the Earth occurred on the Sun. 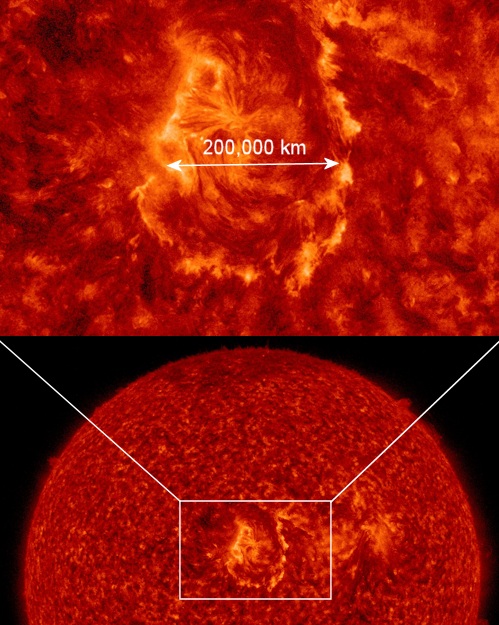 Four coronal mass ejections are on their way to Earth after a series of explosions near the AR2741 sunspot. The most powerful of them occurred on May 12, when the magnetic filament surrounding the sunspot became unstable and flared. The explosion zone was more than 200,000 km in diameter.

Such eruptions on May 10 and 13, in combination with this, caused a series of weak coronal mass ejections (CME) heading in our direction.

According to NOAA forecasters, on May 15 and 16, the probability of geomagnetic storms of class G1 ranges from 55% to 60%. Separate periods of strong G2 storms are also possible.