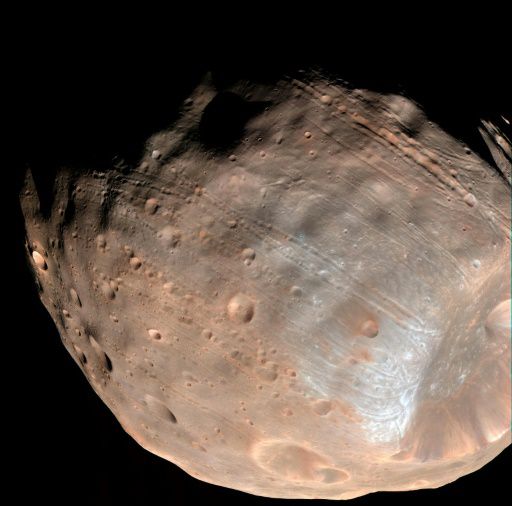 France and Japan are going to take samples from the surface of one of the two satellites of Mars and return them to Earth, the head of the National Center for Space Studies (CNES) of France said on Thursday.

In the framework of the project Martian Moons Exploration it is planned to launch in 2024 a spacecraft to Phobos, the largest and closest to Mars, his satellite.

Paris and Tokyo signed a preliminary agreement on Monday and must take a final decision before the end of this year, CNES president Jean-Yves Le Gall told the France Press news agency.

“This is a very important mission, because – apart from the Moon – this will be the first attempt to select and deliver samples to the Earth from the surface of the satellite of the planet,” he said by phone.

The size of Phobos, which has a slightly elongated shape, is 27 kilometers.

Analysis of the composition of matter of this satellite of Mars will allow to answer questions related to its origin. According to one of the hypotheses, Phobos is an asteroid captured by the gravity of Mars. The alternative version says that this satellite of the Red Planet is made up of matter left from the epoch of planetary formation.

In addition, landing on the surface of Phobos will provide a good platform for observations of Mars, located at a distance of not more than 6000 kilometers from the surface of the planet.

Landing on Phobos is technically much less difficult task, in comparison with landing on the surface of Mars, which has buried a lot of space missions, the last of which was the “Skiaparelli” module of the joint Russian-European mission “Exomors”.