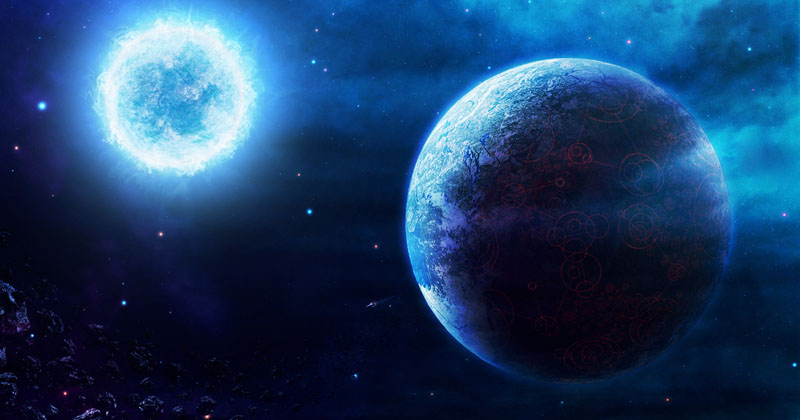 The team of astronomers discovered that some stars in space emit strange signals, exactly the same as the work of our communication systems. Mankind is now on the threshold of the most famous discovery of the millennium.

All of us secretly dream of meeting with the cosmic mind, even if the aliens are huge beetles or, for example, creatures of pure energy.

Two specialists from the University of Laval in Canada, Borra and Trotier, published a paper entitled Discovery of the intrinsic periodic spectral modulations in a small fraction of the solar type stars in the journal Publications of the Astronomical Society of Pacific. Their discovery attracted the attention of astronomers around the world.

Scientists used the data of Sloan Digital Sky Survey and analyzed about 2.5 million stars. Among them, they found 234 stars, which behave … abnormally. Despite the fact that this is only a small fraction of the total number of studied luminaries, they should be noted. Borra claims that they emit impulses that “accurately reproduce the shape of the ETI signal.”

234 stars are not a random sample at all. The vast majority of them flicker in the spectral range of F2-K1. This is important, because in this relatively small range comes the radiation of our own Sun. And, as we all know, it is in the orbit of our Sun that there are representatives of intelligent life, traces of which we still can not find in other worlds.

The authors distinguish two main reasons that could lead to similar spectral “signals”: equipment failure or signals from extraterrestrial civilizations.

What are the cryptic signals? These are special pulses of light, separated by a constant time interval. Perhaps we are on the threshold of the most significant scientific discovery since the time of Galileo.

It is not long to wait for an answer: astronomers have already outlined the next stage of the work, which is designed to dot the i. For further observation, they plan to use the Automated Planet Finder telescope.