From the 11th to 13th August the Perseid meteor shower 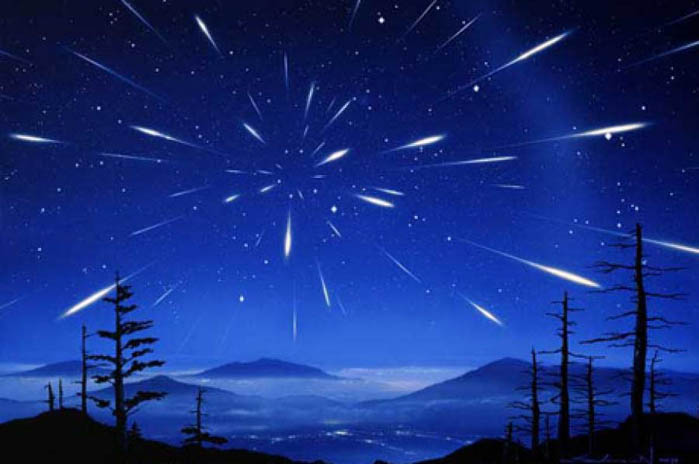 It’s time for the stunning cosmic phenomena this year, the meteor shower Perseids. In the period from the 11th to 13th of August hundreds and thousands of tiny meteorites will illuminate the night sky and will give millions of people the opportunity to observe this spectacular phenomenon.

In reality, every piece of the meteor shower the Perseids is part of the tail of the comet swift-Tuttle, which takes 133 years to complete one revolution around the Sun. As soon as the comet comes closer and closer to the sun, her breed is heated and ejects into space dust and ice. These tiny particles are formed in the flow and follow the orbital path of the comet. Each of these pieces annually passes through the zone of action of earth’s gravity and end up burning in the atmosphere of our planet.

The speed of the particle is just incredible. They pass through the atmosphere of our planet at a speed of 212 000 kilometers per hour and is heated to a temperature of 5500 degrees Celsius. I’m afraid however it is not necessary. Meteor shower poses no danger to Earth. According to NASA, the meteor particles burn up at an altitude of about 80 kilometers above the surface.

In most cases, the meteor shower Perseids could be seen falling from 60 to 80 meteors per hour, but this year their quantity can increase twice. Usually our planet is relatively far from the main stream of particles, but this year, thanks to the help of Jupiter, the Earth will settle to the stream is much closer. Stream this time I passed near a gas giant and its powerful gravitational force sent him closer to the Ground. Experts believe that this effect will occur throughout the year.

“Under ideal conditions have shown can be up to 200 meteors per hour,” says bill Cooke from the Department of NASA’s observation of meteors.

If you want to witness this amazing phenomenon, the best time will be the time after midnight local time. Peak of the meteor shower is expected in the night from 12th to 13th. And remember: to see a meteor shower, you will need to get away from the city where the light of the night sky will not be interrupted by artificial lighting.