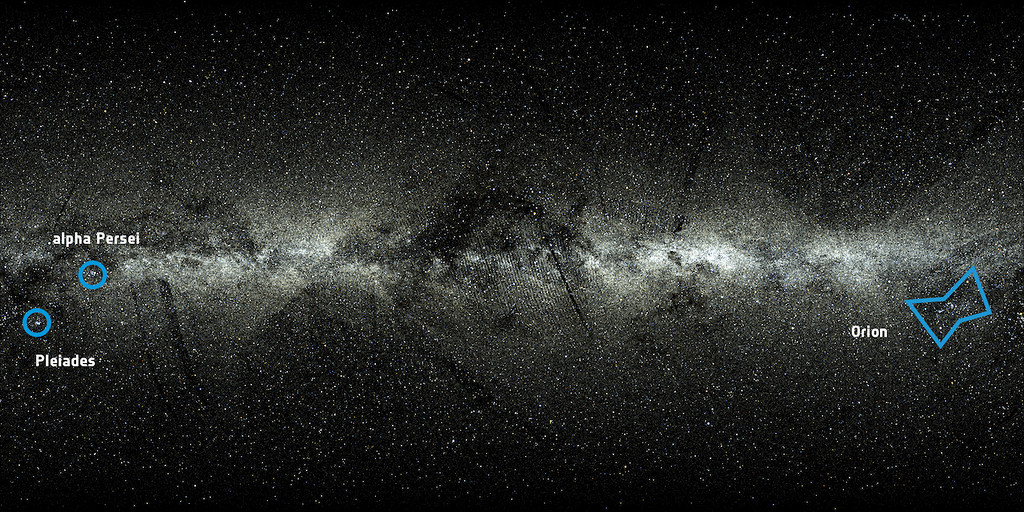 We perceive the starry sky as something permanent. But the stars do not stand still. They move in orbits around the center of the Milky Way and the distance between them is constantly changing. And with it, and a drawing of the constellations. It’s just that the human life is too short for us to notice such changes.

Last year, ESA published the first archive of data collected by the Gaia telescope between July 2014 and September 2015. He measured the speed of his own movement, brightness, location and parallax of 2,057,050 stars.

One frame corresponds to an interval of 750 years. If you take a good look at the beginning of the video in the lower right part, you can see the outlines of the constellation Orion. In the left lower part – star clusters of Alpha Perseus and Pleiades. Dark stripes are image artifacts caused by the Gaia sky scanning technique.