Galaxy “clog up” the space by heavy metals 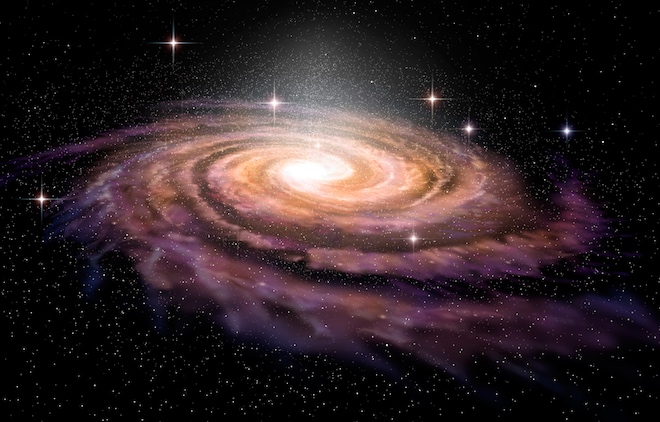 It was known that the composition of the interstellar medium in the galaxy is part of the highly tenuous interstellar gas, mostly hydrogen with a minor amount of helium. Recently, scientists have discovered the active interaction of galaxies with the intergalactic medium. It turned out that supermassive black holes located at their center, throw in the intergalactic medium huge clouds of dust and hot gas. After tens and hundreds of millions of years these chilled gas flows back into the galaxy, bringing with them the “finest materials”.

Benjamin Oppenheimer from the University in boulder (Colorado, USA) together with colleagues used to study this process, the Hubble telescope and mounted thereon a UV spectrometer COS. Capabilities of the device allowed us to determine the composition of the substance streams, features of the motion of gas in them and on the basis of these data to create a computer model of a galaxy with its environment.

During the observation of the concentration and movement of oxygen ions, scientists have identified that both spiral and elliptical galaxies emit in the intergalactic medium a disproportionately large number of metals — chemical elements, whose weight is much higher than that of helium. An estimated galaxies contains the same number of carbon, oxygen, and heavy elements as in the surrounding space intergalactic medium. Consequently, the galaxies do not recycle heavy elements for the formation of new stars and planets as massively and effectively as previously thought, but leave them in the environment. It is likely that scientists overestimated the number of planets in the Universe, based on the previous ideas about the processes occurring in interstellar and intergalactic environments.

Article about the study published in the journal MNRAS.