Galaxy satellites made scientists question the theory of dark matter 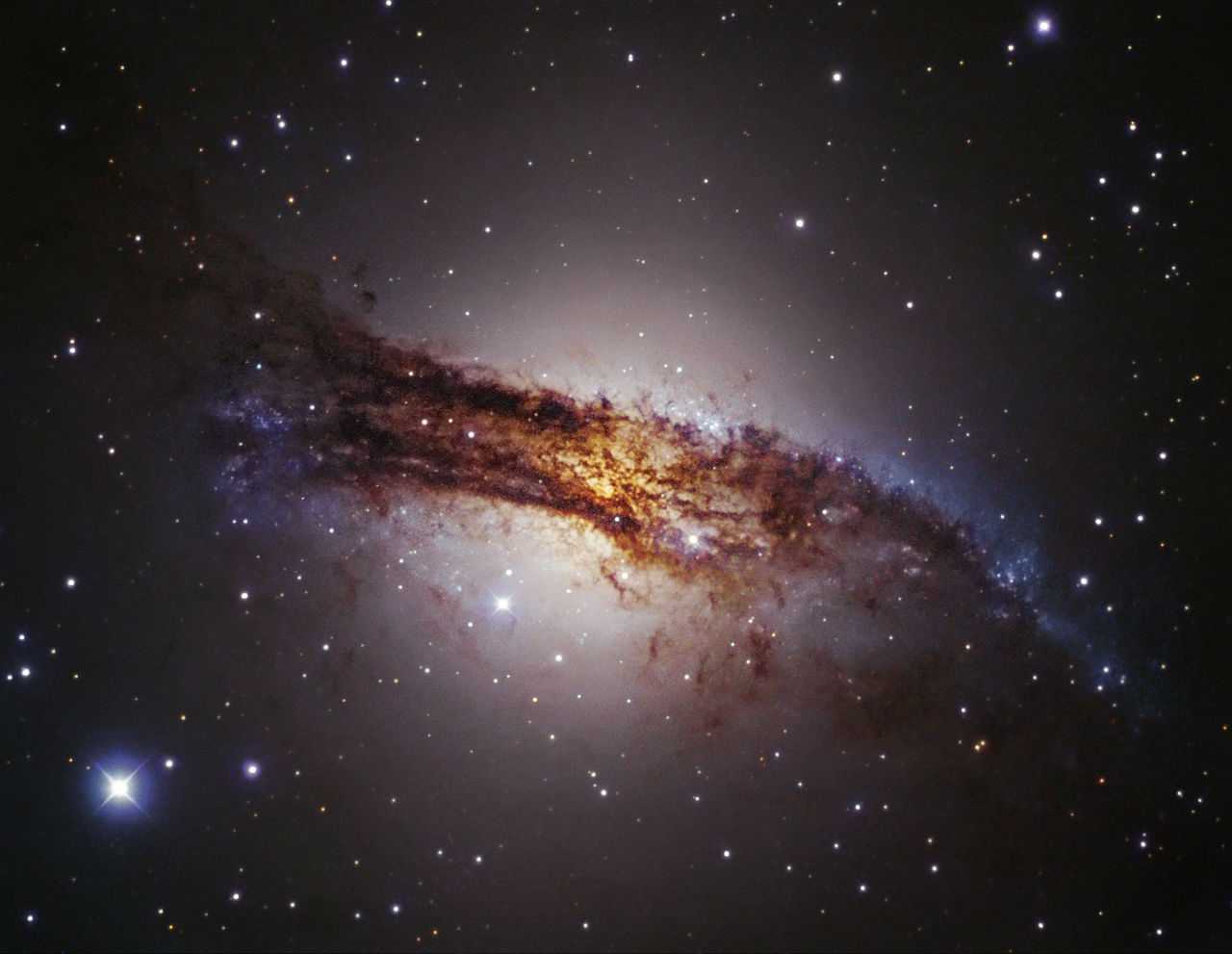 Astronomers have found a nearby galaxy with several dwarf galaxies that rotate around it in the same plane as the planets around the star. According to modern theory, such systems should be a rarity, but they seem to occur frequently.

Most planets revolve around the stars, the stars mostly rotate about in the same plane around the nucleus of the galaxy. Until now it was believed that for galaxies such rotation is an incredible rarity, but the galaxy Centaurus A and its moons – dwarf galaxies – refute this view.

Lenticular galaxy Centaurus A is one of the closest to the Milky Way and is only 14 million light-years away, but does not belong to the Local Group of Galaxies, which includes the Magellanic Clouds, the Andromeda Nebula and the spiral galaxy in the constellation of the Triangle. In the galaxy Centaurus A there is an active core emitting into the intergalactic space jets whose substance moves at relativistic velocities. And it also has several dwarf galaxies that rotate in the same plane around the center of the Centaurus A galaxy, the authors of the work published today in Science have found.

The Milky Way and the Andromeda galaxy also have such galactic satellites, but simulations based on the modern Lambda-CDM model show that the existence of such galactic systems is almost unbelievable. According to the model, dwarf galaxies must move chaotically in all possible directions relative to the centers of large galaxies. Centaurus A is the first galaxy outside the Local Group, which has discovered a system of dwarf galaxies, and this forces scientists to doubt that the Lambda-CDM model is correct.

The Lambda-CDM model is based, inter alia, on the assumption of the existence of dark matter. According to the models created on its basis, galactic systems, such as those of the Andromeda galaxy and ours, are a big exception to the general chaos. The fact that the closest galaxy, which is not part of the Local Group, turned out to be exactly the same system, means that we need to reconsider the theory, says Helmut Jerjen, an astrophysicist from the Australian National School of Astronomy and Astrophysics.

Galactic systems are different from planetary systems. In the latter planets rotate in the same plane as the star. The plane of rotation of dwarf galaxies, in contrast, is perpendicular to the plane of rotation of the central galaxy, around the magnetic poles of the black hole, presumably located in the active core.