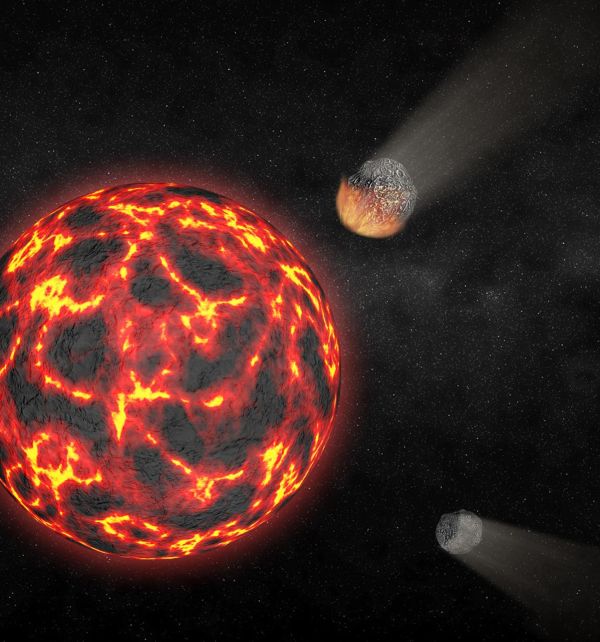 A pair of researchers from the French University Institute discovered new evidence of a major evaporation event in the past of the Moon. In their new work, Chizu Kato and Frédéric Moynier describe the investigation of the isotopes of gallium, which are part of the material of the lunar samples, their findings and, on the basis of the results obtained, draw conclusions about the history of the formation of the moon.

The most popular hypothesis of the Moon’s formation today is that the Moon was formed from fragments of the Earth’s collision with a large celestial body. This hypothesis is based on the results of analysis of samples of lunar rocks and soil, which in composition correspond to the material of the Earth. However, the amounts of some isotopes, especially light ones, do not agree with the amounts of these same isotopes in the matter of our planet. This means that either the matter of the Moon has a different origin, or the primary isotopic composition of the Moon’s substance has changed already after the formation of it. Many scholars are inclined to the second version, its adherents are also Kato and Muanier. The authors of the paper believe that the light isotopes of a number of elements evaporated more intensively into space, in comparison with their heavier counterparts, during the “hot” period of the Moon’s existence, while it had not yet cooled down.

In the new study, Kato and Muanier are studying the amounts of gallium isotopes in the lunar samples and come to the conclusion that these quantities are in good agreement with the hypothesis of evaporation of light isotopes of this element in the initial period of the existence of the Moon from liquid magma, which at that time covered the whole of its surface.

The study was published in the journal Science Advances.