General relativity confirmed with the help of the sun 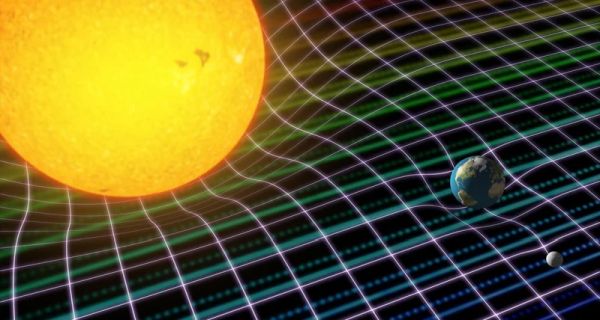 An international team of researchers measured the Sun’s gravitational redshift with unprecedented accuracy. The measurements obtained once again proved the accuracy of one of the predictions of Einstein’s general theory of relativity.

Astronomers have been able to measure the redshift in the sun’s spectrum, which occurs due to the gravitational pull of Mercury. It turned out that new data confirm the general theory of relativity.

General relativity introduced a new concept of space-time, showing that massive objects cause distortion of the space in which we live. This distortion affects the surrounding objects and is perceived by us as a gravitational attraction. Thus, Einstein’s theory predicts, for example, that light travels in curved paths near massive objects.

Another effect predicted by the theory is a gradual change in the orbit of Mercury due to the curvature of space-time around the Sun. This phenomenon is accompanied by a gravitational redshift – a shift of the waves emitted by the Sun into the red region of the spectrum due to the influence of the gravitational field. Gravitational redshift allows satellite navigation systems such as GPS to operate. The severity of this effect strongly depends on the radius and mass of the astronomical object, but it is not so easy to detect this mixing even in the solar spectrum.

Now astronomers have been able to measure the gravitational redshift in the solar spectrum with the highest accuracy to date. To do this, the researchers used the HARPS instrument, which recorded the spectrum of sunlight reflected from the lunar surface. The exact position of the iron lines in the spectrum helped scientists confirm one of the predictions of general relativity.

In the future, astronomers hope to get new data from the ESPRESSO spectrograph installed on one of the Very Large Telescope (VLT) spacecraft to confirm their measurements.