Geologists have found traces of a supernova that erupted near the Earth about 2.5 million years ago 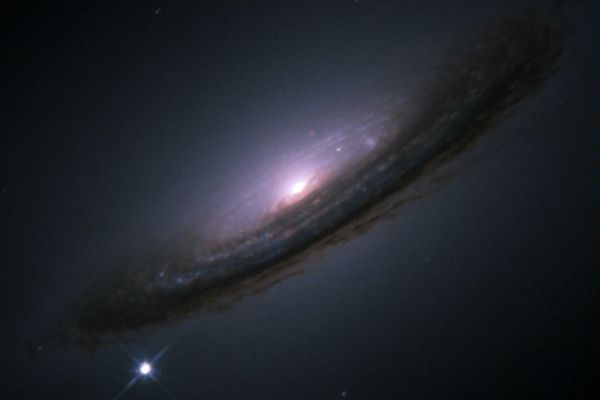 The largest stars end their lives in a supernova explosion, during which heavy chemical elements, including manganese and iron, are formed and dispersed in space. The deposits of these substances in the ancient rocks of the Earth, dated back to about 2.5 million years old, showed that around that time a supernova occurred somewhere nearby. This is covered in a new article published in Physical Review Letters.

Almost all manganese on Earth is present as an isotope with a mass of 55. The rest of the isotopes are unstable, the longest-lived of them – manganese-53 – has a half-life of 3.7 million years. This allows it to be used as an indicator of “fresh” manganese, formed and hit the planet relatively recently. The same can be said for iron, which isotopes include the stable and most abundant iron-56, as well as the unstable iron-60 with a half-life of 2.6 million years.

In small quantities, such isotopes constantly fall on Earth as part of cosmic dust. However, detailed studies show that in some periods their number increases, which may be associated with outbreaks of not very distant supernovae. Gunther Korschinek and his colleagues at the Technical University of Munich (TUM) found such a jump in sedimentary rocks about 2.5 million years old. According to their estimates, the mass of the deceased star could be from 11 to 25 solar masses.

Excessive amounts of “space” isotopes are not so great. If they are really associated with a supernova explosion, then it apparently happened not too close, hardly affecting terrestrial life, as it could have happened before. “However, this could lead to increased cloudiness,” the authors add. “Perhaps there is some connection with the Pleistocene era, the time of glaciers, which began less than 2.6 million years ago.”